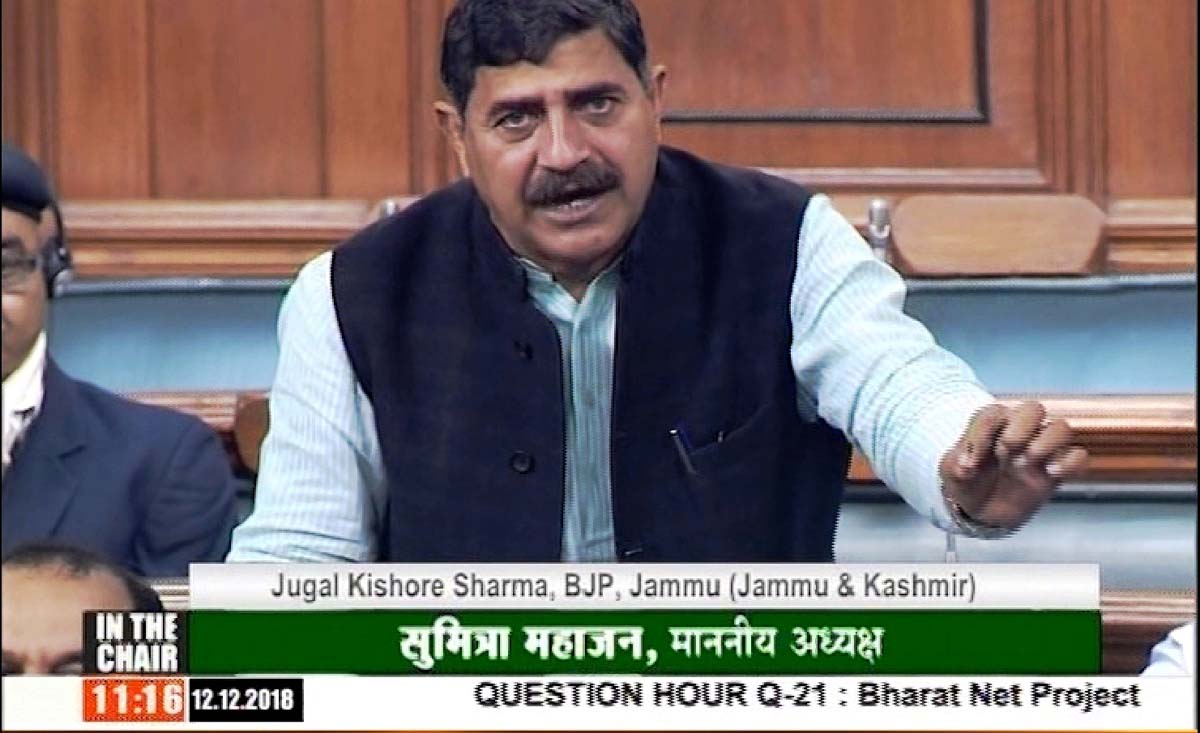 Issue raised in Lok Sabha
Excelsior Correspondent
JAMMU, Dec 12: Jugal Kishore Sharma, BJP Member of Parliament (Lok Sabha) from Jammu-Poonch Constituency demanded starting of work on the railway line from Jammu to Poonch via Nowshera –Rajouri.
The demand was made by him in the Lok Sabha. Jugal Kishore Sharma complimented the Prime Minister, Narendra Modi & Minister of Railways for sanctioning the project for laying of Railway Line from Jammu to Nowshera Rajouri upto Poonch and said that the survey for laying of railway line has been completed and needs Railway Minister’s approval  to start the work at the earnest. He said that during his frequent tour in
Jammu, Akhnoor, Sunderbani, Nowshera, Rajouri and Poonch belt, people demanded Railway line from Jammu to Poonch and this is a very genuine demand. Jugal said that the demand is pending for last 70 years and the migration of people from rural to the urban areas will stop after arrival of train in Rajouri and Poonch. He added that Jammu to Poonch Railway line will also provide great benefit to the people and the army in Rajouri Poonch sector. He said that he had also raised his voice in the same concern before and was given assurance that work will be started.
Jugal requested Minister of Railways in Lok Sabha session to approve the project & release the funds to start the construction work for laying of Jammu-Poonch Railway line at the earnest so that the people of Jammu, Akhnoor, Sunderbani, Nowshera, Rajouri and Poonch belt get connected through Rail.