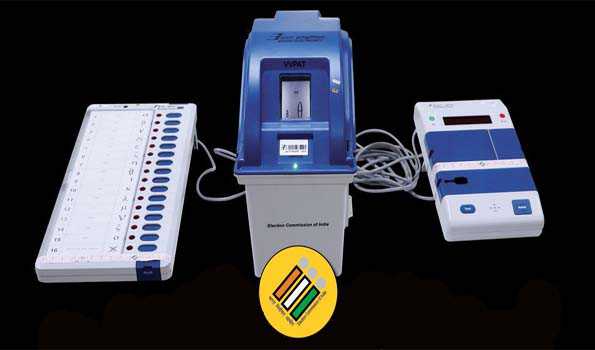 NEW DELHI: The fate of several Union ministers including Radha Mohan Singh, Harshvardhan and Maneka Gandhi, SP chief Akhilesh Yadav and Congress leaders Digvijay Singh and Jyotiraditya Scindia will be decided on Sunday in the sixth and penultimate phase of Lok Sabha polls to be held in 59 constituencies in six states and Delhi.

Elections will be held in 14 seats in Uttar Pradesh, 10 seats in Haryana, eights constituencies each in Bihar, Madhya Pradesh and West Bengal, seven seats in Delhi and four in Jharkhand.

Over 10.17 crore voters are eligible to exercise their franchise to choose among the 979 candidates in fray. The Election Commission has set up over 1.13 lakh polling stations for smooth conduct of polls.

The elections in this phase are seen as a big test for the BJP which had won 45 of these seats in 2014, with the Trinamool Congress bagging 8, the Congress two and the Samajwadi Party and the LJP one seat each among others.

In Uttar Pradesh, the BJP had won 13 of the 14 constituencies in 2014, the only exception being Azamgarh, won then by SP founder Mulayam Singh Yadav.

However, the BJP had to face defeat in the bypolls in Phulpur and Gorakhpur constituencies last year. While, the anti-BJP alliance would like to retain its grip over both the seats, the saffron party is looking to wrest them from the opposition. (AGENCIES)