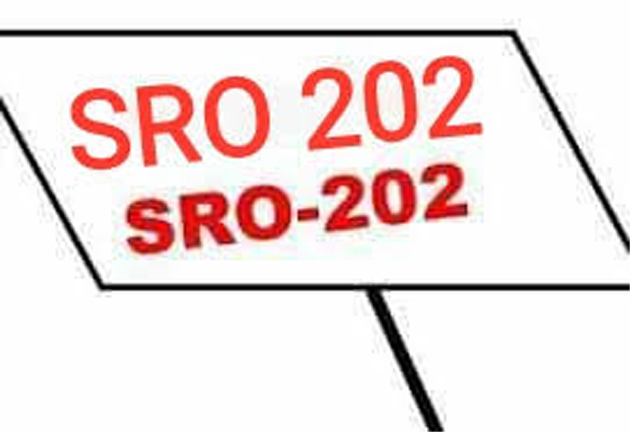 Rules, procedures and guidelines in respect of recruitment, appointment, probation, confirmation, payment of wages and salaries should not only be largely employees’ centric but with an element of homogeneity and compatibility with prevalent rules in other states and Union Territories in the country. We could safely do an add -on process by including issues regarding transfers, promotions, disciplinary proceedings, reviews, appellate authorities and the like to make the whole gamut look responsive, prompt, transparent, non discriminatory and compatible. We has already a few weeks back, commented upon and voiced concern in respect of the flagrant anomalies and discrepancies as also discriminatory provisions in relation to other states in respect of the SRO -202 and now, if sufficient wind is taken out of the sails of the said SRO, why the same should not be increasingly hailed and treated as a right step taken, even if belatedly, in the right direction?
The provision of the probation for the newly appointed employees of up to 5 years under the said SRO could only be termed as draconian and severely arbitrary. Added to it , the uncertainty of the monthly payment in the shape of wages and salaries too being quite unconvincing and least appealing even on most conservative , dyed-in – the wool and un-progressive premise, called for a total review of the Special Recruitment Rules (SRO ) 202 . It is , therefore, all in the fitness of things that no fresh recruitments would be made in the UT of Jammu and Kashmir on the basis of and under the guidelines of the said SRO. A significant decision, nothing short of historic nature under given circumstances, taken by the Administrative Council in this direction heralds dawning of a progressive approach towards the basics of recruitment, the period of probation and payment of the wages and salaries under restructured system that was pro- employees but also never against the interests of the employer – the Government in Jammu and Kashmir.
If critically perused , the entire spectrum and the “catalogue ” of recruitment in Government departments, schemes, PSUs, and other Government run institutions are primarily aimed at ensuring maximum employees ‘ welfare and if right at starting from recruitment, things appeared un-assured, suspenseful and conspicuous of the absence of solidly laid down procedures , neither the expected performance, efficiency nor ability would be expected from such employees working under the SRO 202. That obviously means non utilization of the potential ability and efficiency of the employees hence wastage of human resources. Personnel matters are delicate, fragile and sensitive and should be handled efficiently even backed by statutory and legislative provisions.
The probation period, though reduced to two years, we feel should have not been for more than a year during which undoubtedly, the employee concerned needed to be “extensively and intensely ” trained and made to acquaint oneself with rules, procedures and the system working. Conduct, discipline, commitment and above all-integrity are the areas where an employee under probation, was to show satisfactory results which should entitle one to getting confirmed or regularised right at the stipulated due date. Apart from resolving the unconvincing and illogical notions of paying the “minimum salary” and no allowances, any non performance during probation period should not cost one one’s job but the period could be extended on convincing grounds by reasonable period to enable the employee concerned learn and perform so as to get confirmed after the extended probation period , if at all. That is the practice with all top commercial and financial institutions of the country.

‘Black sheep of the family’

Government’s own directives remain not fulfilled

Tainted Netas get a reprieve from SC