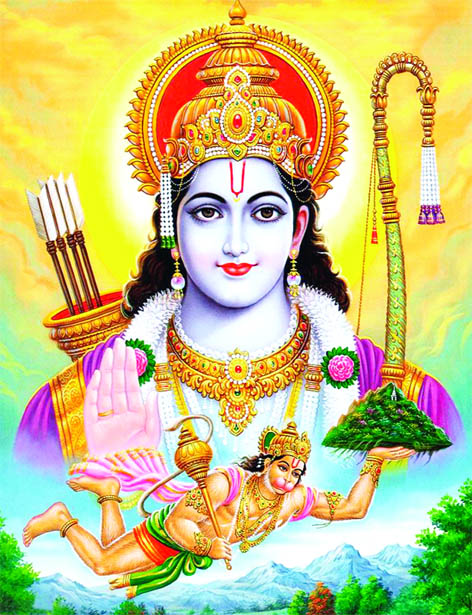 Swami Ram Swarup, Yogacharya
You know, Sri Ram and Yogeshwar Sri Krishna Maharaj are the two precious stars of the eyes of our motherland. This is also a well-known fact that a wave of happiness streamed across entire nation when the nation listened that after a great struggle, it has been decided that the temple of Bhagwan Ram will be situated in his birth place-Ayodhya.
Rishi Valmiki and Rishi Naradji have been contemporary to Sri Ram. So, real picture of the life of Bhagwan Ram is written in Valmiki Ramayan. At the banks of River Saryu, Maharaj Manu established world famous, great city Ayodhya. It was 60 miles long and 15 miles broad. As per Balkand, Sarg 4 of Valmiki Ramayan, in that Ayodhya city King Dashrath, who was learned of Vedas, used to nurse the public. The city was full of all kinds of goods, wealth etc. that gave pleasure and comfort to the public, owing to the fact that King Dashrath was learned of Vedas and ruled according to Vedas. King Dashrath had three queens but without any issue.
Suddenly, he thought that why should he not arrange the Yajyen by which he would be blessed with sons.
As per the advise of the nearest minister Sumant, King Dashrath with his wives and ministers reached the ashram of glorious Rishi Shring. After staying and sincerely serving there for about a week, King Dashrath made Rishi Shring to agree to come to Ayodhya with his wife.
Thus, after spending some time, when the season of spring started then Rishi Shring, on the request of King Dashrath, told that Oh! King Dashrath, I would perform Yajyen with Atharvaved mantras to bless you with sons.
In Ayodhya city, on the banks of River Saryu, a great Yajyen was performed. Several aahutis of ved mantras were offered in burning fire of agni-kund.
After poornnaahuti of Yajyen, Rishi Shring gave pious Prasad of Kheer to all three wives of King Dashrath and King Dashrath pleasantly distributed the pious kheer amongst his three queens.
Thus, with the blessings of Rishi Shring, on the suitable time, Kaushalya gave birth to Sri Ram on the 9th date of Chaitra month, in Punarvasu Nakshatra, when five planets i.e. Surya, Mangal, Brihaspati, Shukra and Shani were situated at their highest position and when Brihaspati rose with moon in kark lagna, Mata Kaushalyaji gave birth to Sri Ram. Kekayi gave birth to Bharat in Pushya nakshatra and meen lagna. Queen Sumitra gave birth to Laxmanji and Shatrughanji in Aaghlesha nakshatra and kark lagna, when sun rose.
After the lapse of eleven days, naam-karan sanskar of all the four princes was performed by Mahrishi Vasishthji. Thereafter, nishkramann sanskar, annprashann sanskar etc. were also performed at the appropriate time by Mahrishi Vasishthji. All the four princes were learned of Vedas, bravest of all, benevolent, learned and were full of all pious vedic qualities. When the four princes became learned, full of all pious qualities, modest, glorious, master of all subjects, prudent then King Dashrath became happy and pleased to experience their influence and glory as Brahmaji is pleased by his lokpal.
In Ayodhya, there was no poverty and there was no person who did not perform Yajyen daily and was of menial nature. It was the effect of vedic culture.
Similarly, when we pay our attention towards Valmiki Ramayan, Balkand, Sarg 1, we see that innumerable, pious qualities have been quoted by Rishi Valmiki in respect of Bhagwan Ram, out of which, I quote here some qualities-
“He was knower of dharma (moral righteousness) according to Vedas, always followed truth and was steadfast on his vows, benevolent, glorious, renowned, the purest and had control over his senses and perceptions, he was samadhist (enlightened), he was equivalent to Prajapati i.e. lord of creation (Brahma), He was learned of four Vedas and Ashtang Yog philosophy.”
Having the said pious qualities, yet Sri Ram did pious deeds, as Maryada Purshottam Ram i.e. The most Supreme amongst the public.
If we pay our attention towards the character of Sri Ram, Laxmanji etc. we find that they were learned of Vedas and in their childhood all their sanskars were performed by Rishi Vasishthji but to our bad luck, nowadays, no child is so fortunate to listen to even a word of Ved mantra.
We are worshippers and followers of Bhagwan Ram and now a world famous grand temple of Bhagwan Ram is being constructed in Ayodhya. Learneds and intellectuals will have to pay their attention that the said mandir becomes symbol of divine qualities of Sri Ram, some of which are quoted above and the qualities are very well spread throughout world so that our India may get the title of Vishwa guru. You see, title of Vishwa Guru by our country was attained based on vedic knowledge.
(to be continued…..) 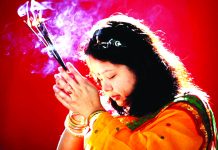 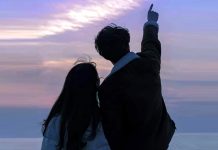 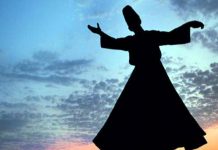