Baichung Bhutia (born 15 December 1976) is an Indian footballer of Sikkimese-Bhutia descent who plays as a striker. Bhutia is considered to be the torchbearer of Indian football in the international arena. He is often nicknamed the Sikkimese Sniper because of his shooting skills in football. Three-time Indian Player of the Year IM Vijayan described Bhutia as “God’s gift to Indian football”. Bhaichung Bhutia has an older brother named Chewang Bhutia. Chewang and Bhaichung both went to boarding school. Bhutia was married in 2004 to a hotel professional and divorced in 2015. Bhutia has had four spells at I-League football team East Bengal Club, the club where he started his career. His international footballing honours include winning the Nehru Cup, LG Cup, SAFF Championship three times and the AFC Challenge Cup. He is also India’s most capped player, with 104 international caps to his name, and in 2009 Nehru Cup he received his 100th international cap. Off the field, Bhutia is known for winning the reality television programme Jhalak Dikhhla Jaa, which caused much controversy with his then-club Mohun Bagan, and for being the first Indian athlete to boycott the Olympic torch relay in support of the Tibetan independence movement. Bhutia, who has a football stadium named after him in honour of his contribution to Indian football (first player to have such honour while he is still playing) has also won many awards such as the Arjuna Award and the Padma Shri. In October 2010, he founded Bhaichung Bhutia Football Schools in Delhi in partnership with football by Carlos Queiroz and Nike. In August 2011, Bhutia announced his retirement from international football. His farewell match was with the India national team on 10 January 2012 against Bayern Munich at the Jawaharlal Nehru Stadium, Delhi. 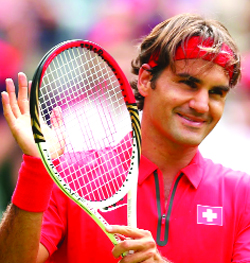 Questions of this week:
1. Who won the 5th Panya Kesari Dangal title?
2. Who entered first in the final of the Ist Summer T-20 Cricket Tourney?
3. Who won Corporate Football League Tournament title?
4. Who won the first bout during Jai Baba Shivo Kesari Dangal?
5. Who won the inaugural tie of Jammu Budding Cricket Tournament?
Answers of the last week: 1. Abhishek Pathania 2. Amir Khan 3. India 4. Paula 5. Paramjit Singh.
The best entry of this week was received from Govind Sharma of Raipur, Satwari.
The other entries of the week were from Sanjay Dhar, Lower Laxmi Nagar, Sarwal, Suchet Singh of Gandhi Nagar, Krishan Arora of Ambphalla, Sapna of Bishnah, Mohammad Inayat of Bhatindi, Naresh Bhagat of Talab Tillo and Komal Sharma of Gandhi Nagar.