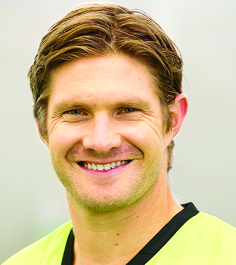 Shane Robert Watson (born 17 June 1981) is a former Australian professional cricketer. He plays as a right-handed batsman and a right-handed fast-medium swing bowler. He debuted in 2002 in a One Day International against South Africa and retired in 2016 as world No. 1 T20I all-rounder. His retirement marked the end of an era in Australian cricket, as he is the last surviving player of Australia’s golden era, playing alongside the likes of Steve Waugh, Glenn McGrath and Adam Gilchrist. Watson is also the last player turning out regularly in any format for Australia who had debuted before 2007, the year of many retirements. Watson holds several records in shorter formats, especially in T20Is. He held the World No. 1 position for a record 136* weeks (including a record 120 consecutive weeks) in T20I all-rounder rankings. He was awarded the Allan Border Medal in 2010 and 2011, becoming the second player (after Ricky Ponting) to win back-to back Allan Border Medals. He won 6 awards in the Tests, ODI & T20I player of the year awards category, which is the most by any player. He was declared man of the series in the 2012 ICC World Twenty20 for scoring a total of 249 with an average of 49.80, while taking 11 wickets with the ball. He is the only player to win four consecutive Player of the Match Awards in ICC event history. He has also been voted the man of the tournament in the IPL a record two times, and, according to Forbes, Watson was the highest-paid non-Indian cricketer in the world for five consecutive years, 2011 to 2015. 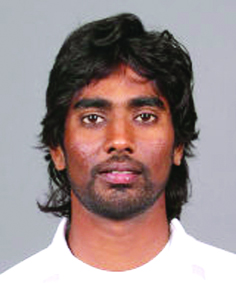