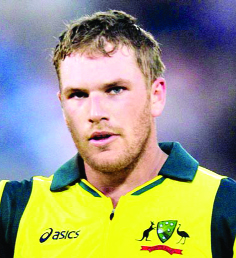 Born on November 17, 1986 in Colac, Victoria, Aaron James Finch, is an Australian cricketer who plays for Yorkshire Vikings, Gujarat Lions. Finch used to play at Colac West Cricket Club as a junior where he was a wicket-keeper for his side. A right-handed batsman, he played in the 2006 Under-19 Cricket World Cup in Sri Lanka. Finch is a top order batsman, but has been used up the order when playing for club side Geelong. Finch currently holds the record for the highest innings in a Twenty20 International match, 156, scored against England on 29 August 2013. He scored his maiden first-class double century on 29 October 2015 while batting for Cricket Australia XI against New Zealanders in a tour match.
Contents Finch got his opportunity in the State side in the 2009/10 season. He hit his maiden first class century against Tasmania at the MCG. He combined with 3rd wicket partner David Hussey for a contribution of 212. He was eventually out caught behind for 102. Aaron Finch made a promising start to the 2010 Airtel Champions League Twenty20 in South Africa, for Victorian Bushrangers. On October 2012, while filling in as captain, Finch struck a record 154 runs at the Gabba against an unthreatening Queensland bowling attack. This is the highest score for a Victorian in domestic one day cricket. 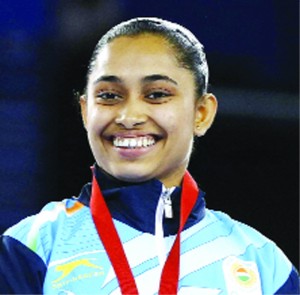 Questions of this week:
1.    Name the team which defeated Rising Pune Supergiants in the IPL Match on April 22?
2.    Who is the president of J&K Roller Skating Association?
3.    Who is the top ranking badminton player of India?
4.    Name the player who has scored two double centuries from J&K in First Class Cricket?
5.    Who is Ajay Shirke?
Answers of the last week:
1. Delhi Daredevils 2. Fida Hussain Fidvi 3. Benia Min of J&kK 4. Ashwani Gupta 5. J&K’s ace wrestler.
The best entry of this week was received from Kuldeep Kumar, H- No 10, Ustad Mohalla, Jammu.
The other entries of the week were from Sanjay Dhar, Lane-1, H.No-3, Upper Laxmi Nagar, Sarwal, Jammu; Arun Sharma, Nanak Nagar, Jammu; Subash Gupta, Patoli Brahmana, Jammu; Rajiv Sambyal, Vijaypur, Samba and Ahmed Ikhlaq, Poonch.