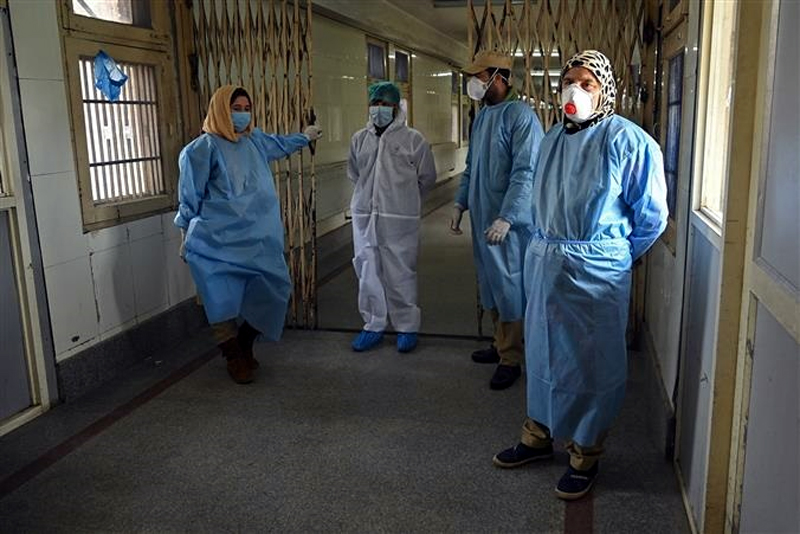 7 in Pallanwalla, 5 in Akhnoor test +ve

JAMMU, Oct 27: A Special Police Officer (SPO) and two women were among four persons who died of COVID-19 while 194 persons tested positive and 328 recovered from the virus in Jammu region.
A 38-year-old SPO hailing from Mahore area of Reasi district and posted in Khour died of multiple ailments and Coronavirus in the Government Medical College (GMC) Jammu where he was admitted since 15th October while 43-year-old woman from village Rakh Mangal in Bishnah tehsil of Jammu district, who was co-morbid and positive for pathogen died in the same hospital 12 days after her admission.
A 68-year-old woman from Bakshi Nagar Jammu, who was suffering from hypertension, type 2 diabetes and hyperkalemia and was positive for Coronavirus, breathed her last in the GMC Jammu, six days after her admission.
A 59-year-old man from Garhi in Udhampur district died in a Punjab hospital where he was undergoing COVID treatment since October 9.
With four more Corona fatalities today, Jammu region’s death count has reached 484, the maximum 251 being in Jammu district followed by 46 Rajouri, 45 Doda, 30 each Udhampur and Kathua, 25 Samba, 22 Poonch, 14 Kishtwar, 13 Ramban and eight in Reasi district.
Fifty nine persons today tested positive for the virus in Jammu district during Rapid Antigen Testing (RAT) including seven in Pallanwalla, five Akhnoor, two Marh and one each at Bishnah, Dansal and Sohanjana.
Among 196 positive cases in the Jammu region, 109 were reported from Jammu district including 101 locals and eight travelers.
All 18 positives in Reasi, 17 Kishtwar, nine Doda and four in Ramban district were locals.
In Rajouri district, six out of seven positive, four of six in Udhampur, seven among nine in Kathua, six out of seven in Poonch and five of eight in Samba district were locals and rest outsiders.
Among 328 positives, who recovered from the virus today, 127 belonged to Jammu district followed by 93 Samba, 32 Rajouri, 29 Doda, 17 Ramban, and 10 each in Udhampur, Kathua and Poonch districts while no recoveries were reported from Reasi and Kishtwar districts.
With today’s positives, Jammu region’s Corona cases have reached 37013. The region now has only 2136 active positives as 34393 patients have recovered while there have been 484 casualties.
Meanwhile, the Union Territory of Ladakh today reported 46 new COVID cases—39 in Leh and seven in Kargil district.
This has taken the UT’s Corona cases to 6024. Of them, 689 are active positives and 5262 have recovered from the virus.