BHOPAL, Sept 12: Prime Minister Narendra Modi on Saturday said the average time of building a house under the Pradhan Mantri Awas Yojana (PMAY-Gramin) came down to 45 to 60 days during the pandemic from 125 days as migrants, who returned home during the lockdown, also contributed towards it.
He said under the PMAY, 18 lakh houses have been constructed in the country during this crisis period.
Modi also called for the need to strengthen the poor in order to end poverty.
He was speaking during the virtual housewarming ceremony of 1.75 houses built in rural parts of Madhya Pradesh under the PMAY-Gramin scheme.
“The speed with which these houses were constructed is a record. The construction of a house under the PMAY used to take an average of 125 days earlier. But during the coronavirus period, it came down to 45 to 60 days. This is an example of turning a crisis into an opportunity,” he said.
“This has become possible as the migrants who returned home during the coronavirus-induced lockdown also joined the work and availed benefits of the Garib Kalyan Rojgar Abhiyaan, under which Rs 23,000 crore have been spent on infrastructure and other works,” he said.
The migrants returned home, got employment under this campaign and the expenditure done under it also helped the construction-related businesses, he added.
“This campaign has helped the rural economy,” he said.
Modi said people used to ask him what was new in the PMAY as such schemes existed since Independence.
“Construction of houses under the community development programmes began post-Independence. But the target of providing houses to the poor could not be achieved,” he said.
Earlier, everything related to houses for the poor was centralised in Delhi and the beneficiaries were nowhere involved in the process, Modi added.
“There was government interference and lack of transparency. The beneficiaries, who had to live in those houses, were not asked (about their requirements) and colony system of urban areas was forced upon the people in tribal areas. The needs of the rural population were different,” he said.
The PM alleged that in the past, the quality of houses used to be poor and they lacked basic amenities, which is why people did not move into them.
“Given these experiences and their study, we amended the old scheme with a new thought. Transparency was given priority…Now people don’t need to approach the government, but it is reaching out to them,” he said.
There is transparency in PMAY and there is no scope of bungling now due to monitoring at every level, the PM said.
“Now the beneficiaries take decisions about their houses. They construct their houses as per their own design,” he said.
Modi also praised Madhya Pradesh Chief Minister Shivraj Singh Chouhan for linking 27 government schemes with the PMAY.
He said his government has been developing modern infrastructure to boost the confidence of rural population.
“I had announced that six lakh villages would be connected through optical cable fiber network within 1,000 days. Earlier, a target of connecting 2.5 lakh panchayats through optical fiber was set. Now, villages are being connected,” he said.
“During the coronavirus period, this work also progressed rapidly under the Garib Kalyan Rojgar Abhiyaan. In just a few weeks, more than 5,000 kms of optical fiber has been laid in 117 districts of the country,” he said.
This has provided 15,000 wi-fi hotspots and about 19,000 optical fiber connections in more than 1,250 gram panchayats. In selected districts of MP, 1,300 kms of optical fiber has been laid. All this work has been done during the coronavirus period, he said.
Modi said this will solve the network problem for people in rural areas and they will not have to depend on urban areas for it.
On the occasion, the prime minister interacted with some of the PMAY beneficiaries in Madhya Pradesh. (PTI) 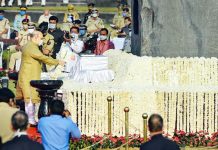 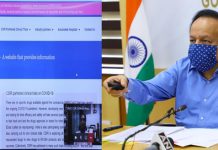 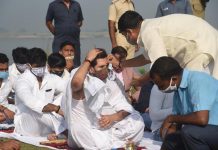 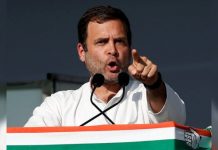 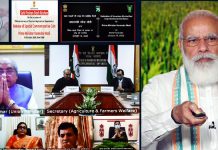 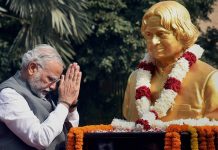 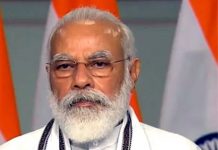 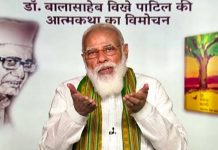 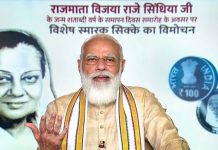 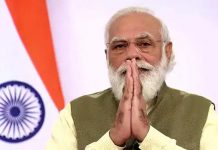 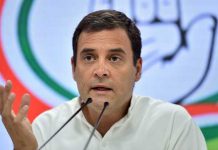