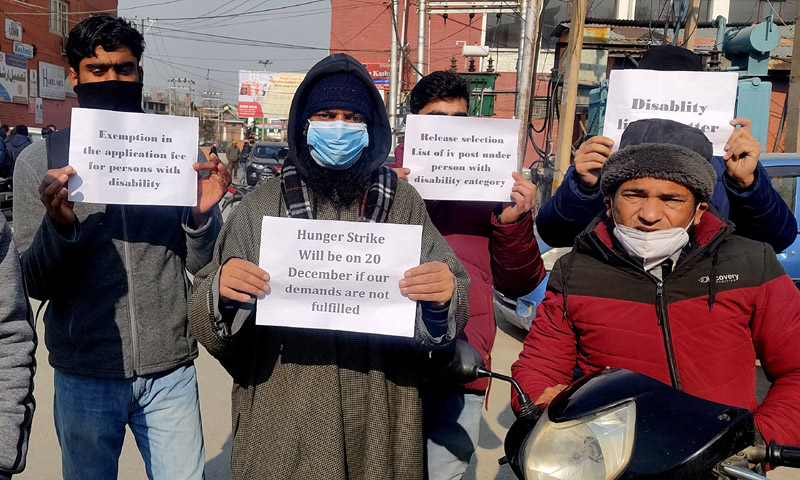 Excelsior Correspondent
SRINAGAR, Dec 16: Specially-abled aspirants who have been selected for Class IV positions in various departments today protested here against the delay in releasing the final list.
Scores of aspirants assembled at the Press Enclave here and raised slogans in support of their demands. They were holding placards reading, “We demand justice” and “release the final list,” and alleged that the authorities were discriminating against them by delaying the release of the final selection list.
“They have applied for the recently announced class IV positions and have qualified the exams. People from the normal category have already started working in various departments, but disabled people are still sitting at home, despite being selected, ” Abdul Rashid, President of the Disabled Persons Association, said, adding that the final list of disabled people should be released as soon as possible.
The protestors alleged that the delay in releasing the selection list demonstrates the administration’s mistreatment of them. “Authorities have released the lists for open merit and other categories. We are also members of this society and need to be treated equally”, a protestor said.
The aspirants threatened to go on a hunger strike if their demands were not fulfilled. “We will sit on a hunger strike on December 20th if our demands are not met”, they declared.