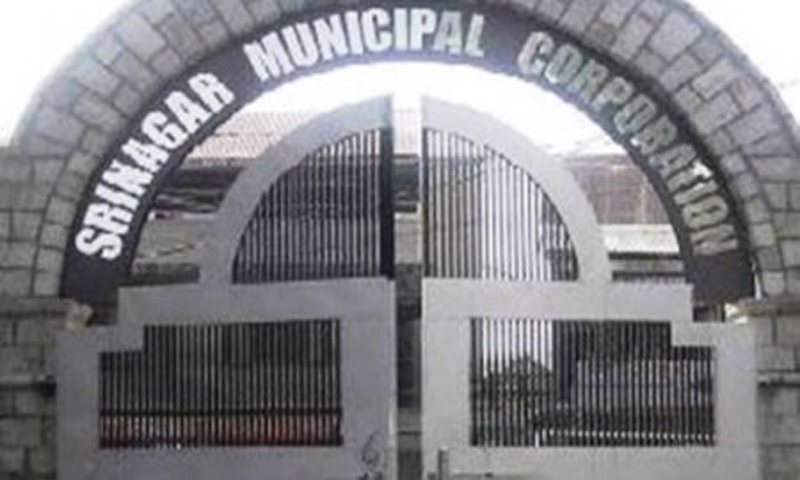 Srinagar, Dec 3: The Jammu and Kashmir Special Tribunal has taken note of illegal construction and directed the Srinagar Municipal Corporation (SMC) to probe and take action against the unauthorized colony allegedly being developed at Rambailgarh in Srinagar.
The member of Tribunal Asif Hamid Khan directed the SMC Commissioner to probe the alleged unauthorized colony being developed at the site of Rambailgarh at Srinagar and take action against the violators under law.
The Tribunal has also granted liberty to the SMC to coordinate with the concerned Tehsildars of Srinagar and Budgam who are already seized of the matter in terms of the orders from the office of Divisional Commissioner, Kashmir.
The Tribunal has also directed for forwarding the order Administrative Secretary, Housing and Urban Development Department, Administrative Secretary, Revenue Department, Divisional Commissioner, Kashmir, Director Anti-Corruption Bureau, Deputy Commissioner Srinagar/ Budgam as well as Special Secretary (Law), SMC for information.
The Tribunal was hearing an appeal filed against demolition order issued by Enforcement Officer (West), SMC in respect of single storeyed structure raised illegally over an area of 694 Sfts at Rambailgarh, Srinagar.
The appellant claims to be one of the co-owners in possession of a patch of land at Rambailgarh, Srinagar and stated that the entire area is built up and some constructions are still going on.
The appellant admitted that he did not seek permission from the SMC in view of the fact that similar constructions in the area are being undertaken by unknown persons without obtaining permission from the Srinagar Municipal Corporation.
On November 11, the Tribunal issued notice to the official respondents for filing response within one week and directed that till such time no further construction shall be allowed and status quo be maintained on spot.
The case was listed on 21.11.2022 and despite a lapse of about two weeks, no response has been filed by the SMC till date. Meanwhile, an application from Farooq Ahmad Sheikh and Shaheen Farooq, residents of Kolipora, Khanyar, Srinagar for impleading them as inventors to the appeal as necessary party in the present proceedings.
The Tribunal after hearing their counsel Areeb Kawoosa allowed the said application and they claim to be owners of a chunk of land in Rambailgarh area in Srinagar and at Sozeith Gooripora, Tehsil Narbal, District Budgam. It is stated that the applicants also own land adjacent to the land in Narbal. Some portion of the said land is stated to fall in District Budgam and some portion in District Srinagar.
The inventors state that due to violation of order passed by the 3rd Additional District Judge, Srinagar, contempt proceedings are pending before the concerned court against Tariq Ahmad Malik (Appellant) and Mohammad Shafi Malik. It is stated that the appellant has approached this Tribunal with dirty hands and concealed material facts. The law has been settled that suppression of any material fact amounts to abuse of the process of law and fraud. In the present case, the appellant, with a view to mislead this Tribunal and to get the interim order, has deliberately suppressed the factum of proceedings pending before the court of 3rd Additional District & Sessions Judge Srinagar and learned Municipal Magistrate Srinagar wherein the appellant submitted a false affidavit. In these circumstances, the appellant is not entitled to claim the remedy available under Sub-Section (2) of Section 253 of the Jammu and Kashmir Municipal Corporation Act. 2000, and indeed no remedy is available, Srinagar and in the present proceedings before the Tribunal.
The Tribunal observed that the responsibility of ensuring success of the Master Plan- 2035 lies squarely on the young shoulders of Commissioner, SMC. “For this purpose, the streamlining of the Enforcement Wing of the SMC assumes added significance as directed by the Tribunal in a series of orders passed in various appeals during the last one year”, read the order.
It directed the SMC to initiate action under the enabling provisions of the Jammu and Kashmir Municipal Corporation Act and Bye-Law, without leaving any room for error at any level.
The Tribunal said the inability of the Enforcement Wing of SMC to effectively deal with unauthorized constructions stems from a variety of reasons. “The Enforcement Officers in different zones are exercising powers of the Commissioner, SMC in respect of Act. Similarly, the Ward Officers are exercising powers of the Commissioner vested for stoppage of building or work in certain cases. There is no mechanism in place for checks and balances. The modus operandi followed during illegal constructions across the length and breadth of Srinagar City is somewhat similar to the one observed in the case in hand”, read the judgment.
It further added that even the provision for stoppage of building or work at the time of issuance of demolition order as provided, directing the offender to stop the erection or work until the expiry of the period within which an appeal against the order of demolition, is not followed. This serious lapse, the Tribunal added that on the part of the Enforcement Wing is the golden period during which illegal constructions are raised further without the SMC raising a finger. Timely and effective measures to deal with such violations of Building regulations and other laws in force fall within the routine duties attached to the post of Commissioner. “Before and after filing of such suits and appeals reportedly at the behest of concerned Ward Officers, the Enforcement Wing transfers the burden from the Commissioner SMC either to the Civil Courts or to the Tribunal”, the Tribunal recorded.