Excelsior Correspondent
JAMMU, Feb 10: Unprecedented pandemonium was witnessed in the Legislative Assembly today after Speaker Kavinder Gupta blamed some illegal immigrants of two neighbouring countries for the terror attack at Sunjuwan Military Station prompting Opposition National Conference, Congr-ess and CPM members to resort to massive protests with number of MLAs trooping into Well of the House and some of them sat on dharna demanding an apology from the Speaker and withdrawal of the remarks.
However, as the Opposition members blocked proceedings of the House, the Speaker expunged his remarks in which he had blamed immigrants of two particular countries, settled in his Assembly constituency, for the attack.

Click here to watch video
As soon as the Assembly proceedings for the Day began, National Conference, Congress and CPM MLAs were on their feet alleging failure of the State Government to prevent frequent terror attacks in Jammu and Kashmir saying the situation was deteriorating and sought reply from the Government on Sunjuwan Military Station attack. The BJP members were also on their feet and started shouting slogans like ‘Pakistan Murdabad’ and ‘Pakistan Hai Hai’, leading to din in the Assembly.
“Why they (the BJP MLAs) are indulging in sloganeering? They are in power at both Centre and State. They should feel ashamed. They have taken the State to a level where no individual is safe,’’ National Conference MLA, Ali Mohammad Sagar remarked.
Amidst protests against the Government for terror attack by Opposition benches and shouting of ‘anti-Pakistan slogans’ by BJP members, Speaker Kavinder Gupta passed some remarks blaming citizens of two neighbouring countries, who have illegally settled in his constituency, for the attack.
“The terror attack has taken place in my Assembly constituency. I visited the spot this morning,’’ Gupta said.
This provoked entire Opposition, whose MLAs were on their feet with some of them trooping into Well of the House and staging dharna there demanding an apology from the Speaker and withdrawal of remarks saying he had targeted particular section for the attack.
“This is an unfortunate and unprecedented statement,’’ the Opposition MLAs remarked and sought an apology from the Speaker.
Former Speaker and National Conference MLA Mohammad Akbar Lone, who had reached up to podium of the Speaker chanted ‘Pakistan Zindabad’ to counter the BJP’s slogans of ‘Pakistan Murdabad’ and ‘Pakistan Hai Hai’.
The Opposition members didn’t allow Parliamentary Affairs Minister Abdul Rehman Veeri to read a statement in the House on terror attack saying the Speaker has given the statement.
After 15 minutes of protests, the Speaker adjourned the House for 15 minutes.
As the House resumed at 10.50 am, Hakim Mohammad Yasin, former Minister and MLA PDF from Khansahib said: “whenever a MLA used some unParliamentary or wrong words, the Speaker expunged them. Similarly, the Speaker should also admit his mistake and take back his words’’.
The Speaker countered and asked National Conference MLAs whether it was right to chant ‘Pakistan Zindabad’ by Akbar Lone.
In the meantime, Abdul Rehman Veeri read his statement on the terror attack.
Sharing concerns of Opposition members, Veeri said the Speaker shouldn’t have jumped to a conclusion.
“This is a sensitive issue. Opposition have shown their concerns, which are justified. The Speaker shouldn’t have said that,’’ he added.
CPM MLA MY Tarigami said a message shouldn’t go outside that this House is divided in condemning the terror attack.
“We can’t expect such a comment from the Speaker without investigations. We have respect for the Speaker but no statement should be made which created wedge between the two communities. There should be no vote bank politics on the attack. I suggest that the words spoken by the Speaker shouldn’t be put on record,’’ Tarigami said.
National Conference Devender Singh Rana describing the terror attack as “highly condemnable’’, asserted that terrorism has no place in the civilized society.
“We are proud Indians. Terrorists have no religion. A terrorist is a terrorist. Whatever wrong has been said either by the Chair or from someone else, should be removed from the record of the House,’’ Rana said.
He added that everyone should condemn the terror attack and “unwarranted remarks’’ should be expunged.
After Rana’s statement, the Speaker expunged his words, leading to return of normalcy in the House.
Speaking to reporters outside the Assembly, NC leader Mohammad Akbar Lone said his sentiments were hurt when the Speaker blamed particular Muslims for the terrorist attack.
Admitting that he shouted ‘Pakistan Zindabad’, Lone asked: “what will happen with the chanting of slogans ‘Pakistan Murdabad’ or ‘Pakistan Zindabad’.
BJP State president Sat Sharma said the area where terror attack has taken place, falls in the Assembly constituency of the Speaker and he visited the spot this morning. He demanded deportation of illegal immigrants to their countries and said even the Centre Government wanted them to be deported.
BJP MLA from Nowshera Ravinder Raina  said that Pakistan and militants were frustrated.
“As Pakistan and its sponsored militants have no courage to meet our Army directly, they have targeted family quarters of the troops,’’ Raina said. 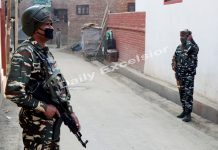 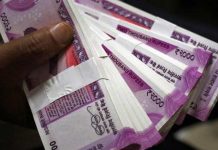 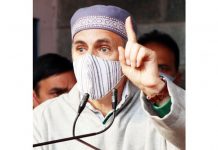 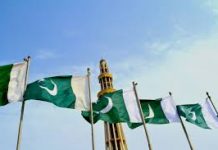 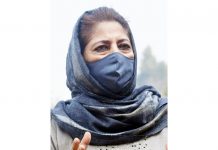