Mohinder Verma
JAMMU, Feb 10: Shocking it may sound but it is a fact that Jammu and Kashmir Police doesn’t have funds for installation of surveillance towers at strategic locations across the State despite frequent attacks by the terrorists on the security forces. Moreover, no decision has yet been taken on opening of more Police Stations keeping in view the persisting turmoil and alarming increase in different crimes.
Keeping in view prevailing security scenario and frequent attacks by the terrorists on the National Highway and other places particularly targeting the security forces, the State Home Department felt it imperative to install video surveillance towers at strategic locations for maintaining hawk’s eyes on the activities of anti-national elements.
Accordingly, Jammu and Kashmir Police carried out a detailed exercise and a total of 200 locations were identified for video surveillance towers. However, for want of funds no further action could be taken and proposal has remained confined to the official files.
These revelations have been made by a panel of 13 Members of both the Houses of State Legislature in its report tabled in the Legislative Assembly.
“A proposal in this regard has been submitted by the Home Department to the Government of India for release of funds. But financial assistance has not been released till date”, Committee on Estimates of Legislative Assembly said in its report, adding “Principal Secretary Home Department has stated that as soon as Government of India accords approval to the proposal and releases required funds the installation of video surveillance towers at the identified locations would be initiated”.
The Committee on Estimates, while expressing deep concern over the frequent attacks by the terrorists on the security forces and other installations, has stressed the need for early installation of CCTVs on National Highway and in Police Stations and Police Check Posts in major parts of the State so as to keep check on the activities of anti-national elements and timely thwart their nefarious designs.
It is pertinent to mention here that several existing CCTVs installed by the Jammu and Kashmir Police in different areas of the State either generally remain out of order or develop snag frequently.
Pointing towards alarming rise in drug trafficking and other crimes, the House Panel has suggested streamlining of policing and said, “heinous crimes increasing tremendously are being ignored”. It has suggested recruitment of additional police personnel for posting at the Police Station level to handle the heinous crimes like drug peddling, extortion and domestic violence on women.
Keeping in view the persisting turmoil particularly in Kashmir valley and increasing graph of crime, the Committee on Estimates has also recommended opening of more Police Stations throughout the State.
This was also recommended by Departmental Related Standing Committee (DRSC) of Legislative Council several years back but till date the recommendation has not been given practical shape for want of funds. The DRSC had also recommended reorganization of jurisdiction of existing Police Stations, Police Posts and Sub-Divisions for better management of law and order situation.
While discussing the financial implications involved in providing security, allotting vehicles to Hurriyat leaders, social, religious and mainstream leaders not holding any constitutional or statutory post with the Centre or State Government, the House Panel has recommended immediate withdrawal of security related facilities to the uncategorized persons.
“This will prevent extra burden on State exchequer and pave the way for utilization of saved money for meeting the emergent requirement of the Jammu and Kashmir Police like creation of new Police Stations and installation of surveillance towers”, said the Committee on Estimates headed by former Minister and PDP MLA Mohd Ashraf Mir and comprising of 10 other MLAs and two MLCs.
Moreover, it has suggested a concrete policy of roaster so that JKP will monitor the law and order situation and VIP security with honesty and dedication. 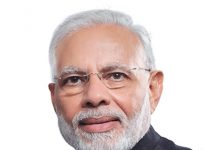 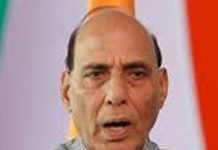