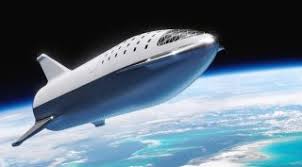 Washington, Nov 24: SpaceX has notified the US government that it plans to apply for licenses for suborbital and orbital launches of its Starship spacecraft at its launch site in Boca Chica, Texas, the Federal Aviation Administration (FAA) said in a statement.

“SpaceX has informed the FAA that it plans to apply for licenses for suborbital and orbital launches of its Starship spacecraft powered by the Super Heavy rocket at its launch site in Boca Chica, Texas,” the statement said on Monday.

The procedure, however, will fall outside of the scope of the existing final Environmental Impact Statement (EIS) and Record of Decision for the launch site and will require an additional environmental review under the National Environmental Policy Act (NEPA), the FAA said.

“The FAA is in the beginning stages of conducting the environmental review of the SpaceX proposal and …intends to provide scoping information for the project soon. SpaceX is working with the FAA to prepare a draft Environmental Assessment (EA) which will be subject to the FAA’s evaluation and approval,” the statement added.

To receive the licenses, SpaceX must complete a safety review and develop agreements for the license application in addition to the environmental review, the FAA explained.