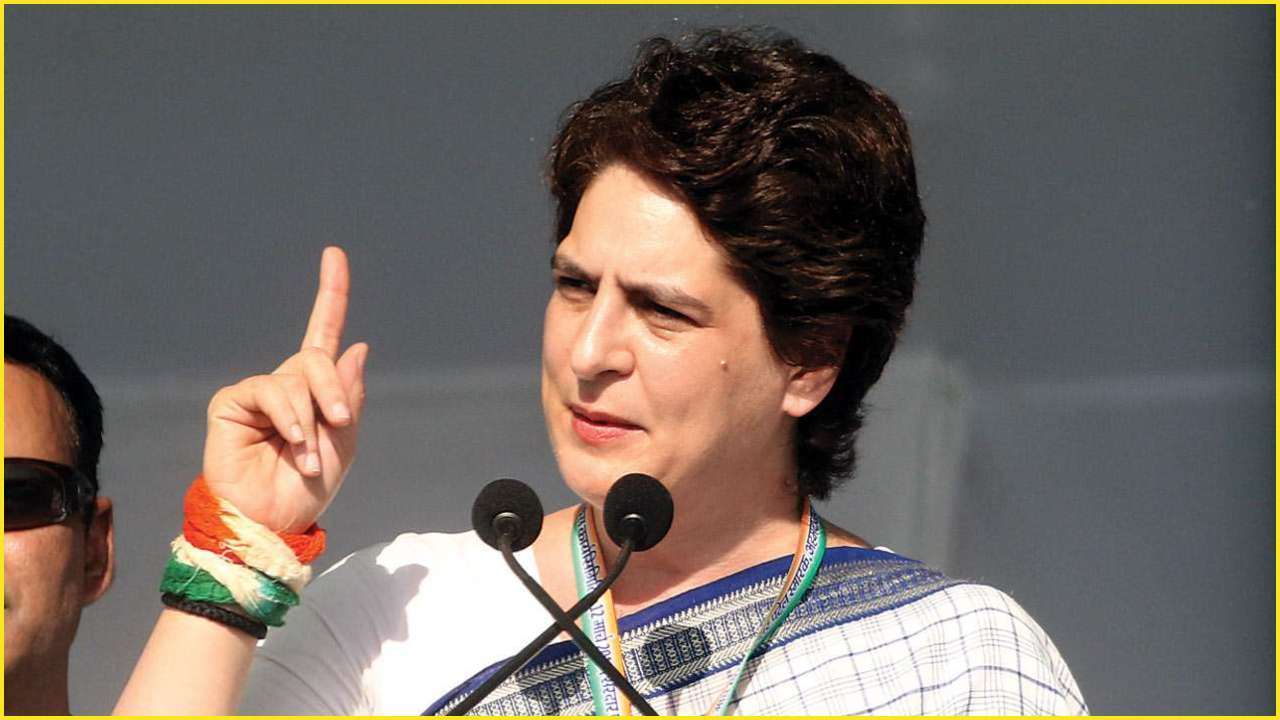 LUCKNOW, Feb 23: Congress general secretary Priyanka Gandhi Vadra on Wednesday accused the BJP and the Samajwadi Party of talking about terrorism during the Uttar Pradesh assembly elections while diverting attention from the “central discourse” on unemployment, inflation, empowering women and helping small businesses and farmers.
Gandhi also said that other parties have woken up to the menace of stray cattle and the need to raise women issues only after her party spoke about them during the poll campaign.
“Political parties like the SP and the BJP have consistently attempted to divert the discourse from the reduction of inflation, providing employment, empowering women, supporting small and medium businesses and helping farmers to earn better. These should form the central discourse during election but they are discussing terrorism. They only begin to speak of issues that people are facing in their daily life under pressure,” Gandhi told PTI.
On the stray cattle menace, the Congress general secretary said in a written reply to questions sent to her that her party has been raising the issue for long.
“We have been raising the issue of stray cattle since 2019 and have announced compensation in our manifestos. Suddenly because the election is around the corner the prime minister declares that he has just been informed that this is a big issue- really? People in the entire northern belt of the nation have been suffering huge damage due to stray cattle for years and he has only found out now,” she said.
Attacking Chief Minister Yogi Adityanath, she said he was busy lecturing the public about terrorism and talking in terms of percentage.
“Why is Yogi ji announcing compensation for stray cattle today in the fourth phase of the election? Was he not aware of this problem when he was busy lecturing the public about terrorism and applying his 80 per cent-20 per cent logic? He likes to talk in percentage, he has been CM for five years now, why doesn’t he tell us the percentage of unemployed youth in UP,” she asked.
Gandhi was referring to Adiyanath’s 80 per cent versus 20 per cent remark during the poll campaign which many interpreted to be alluding to the Hindu Muslim population ratio in the state.
However, the chief minister had said it meant “Eighty per cent supporters will be on one side while 20 per cent will be other. I think 80 per cent will move forward with positive energy whereas 20 per cent have always opposed and will oppose further.” Gandhi charged that the BJP and SP are not actually interested about issues that affect people or in development.
“Their interest is in acquiring and holding onto political power at all costs. Development only adorns their thousand crore publicity campaigns, it shows nothing on the ground. They want people to remain insecure and economically weak so that they can fully manipulate their emotions to remain in power,” she charged.
When pointed out that the Uttar Pradesh elections are being considered as a two-horse race between the SP-led alliance and the BJP and asked where does the Congress figure in this equation, she said, “The Congress is contesting 400 seats after 30 years. No other party has consistently fought on the streets like we have. Over 18,700 Congress workers and office bearers have been arrested for voicing the rights of people over the last two years.”
“The Samajwadi party and the BSP remained silent until just before the elections were announced. Nevertheless, for us it is a long fight. We are battling for the founding ideology of our nation, for a politics that places development, education, health, uplift of the poor and jobs at the top of its agenda,” she said.
Gandhi said politics in the state need an overhaul and the Congress is positioning itself to lead this change.
“Given the deeply ingrained religious and caste divides of Uttar Pradesh our message may take a longer time to filter into the voter’s mindset but I am convinced that it will eventually sink in. Politics in the state needs an overhaul, we are positioning ourselves to lead this change,” she said. (PTI)