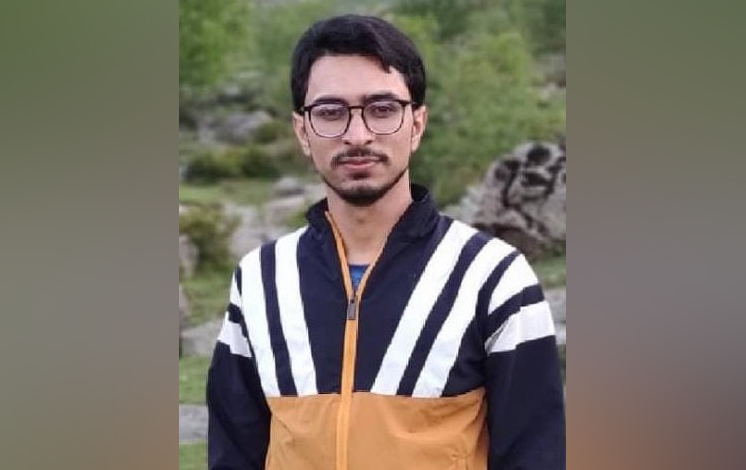 SRINAGAR, July 31: Tanveer Ahmad Khan, a farmer’s son from Kulgam district of Jammu and Kashmir, has brought laurels to the Union Territory by securing the second rank in the prestigious Indian Economic Services (IES) examination conducted by the Union Public Service Commission (UPSC).
Hailing from the remote Nigeenpora Kund village — about 80 kms from Srinagar — in south Kashmir, Mr Khan did primary schooling from Government Primary School, Kund, and later from Government High School Waltengoo, officials said.
They said Mr Khan passed Class 12 from Government Higher Secondary School, Razloo Kund and did Bachelor of Arts degree from Government Degree College Anantnag in 2016.
Mr Khan has been a bright student from the very beginning, secured third rank in University of Kashmir entrance test and got himself admitted in the post-graduate course in economics at Kashmir University, the officials said.
Continuing with his brilliance, he achieved another feat by securing Junior Research Fellowship (JRF) during his last year of the post-graduate programme, they said.
Being a JRF Fellow, he went to Institute of Development Studies, Kolkatta, for Masters in Philosophy (M.Phil) in Development Studies, which was awarded to him in April 2021.
A son of a farmer, who also used to go to Kolkata in winters to work as a seasonal rickshaw puller, Mr Khan believes that hard work pays off when one is focused and nothing seems impossible.
“During the Covid period, I confined myself to the four walls of my room and started preparing for IES examination while doing my M.Phil. I never let Covid impact my schedule of studies,” Mr Khan said.
Mr Khan, who achieved the feat in his maiden attempt only, remarks that it was a hard struggle, but he never lost hope.
“I worked very hard and considered my first attempt as my last attempt and in the end I achieved this feat,” he said.
While appreciating the government for initiating several educational reforms, he suggested there was a dire need to revamp the basic education system.
“Government has initiated various steps for educational reforms and we should also focus on other aspects like research centers in all colleges with full-fledged faculty and priority should also be given to other lesser opted subjects,” he said.
In his message to the youth of J-K, Khan said they should think out of the box and look for alternate career choices.
“The youth of J-K are brilliant who can excel in every field and they should look for alternate careers than the conventional ones,” he said.
Jammu and Kashmir Lieutenant Governor Manoj Sinha congratulated Khan for securing the second rank in IES 2020 examination. (Agencies)