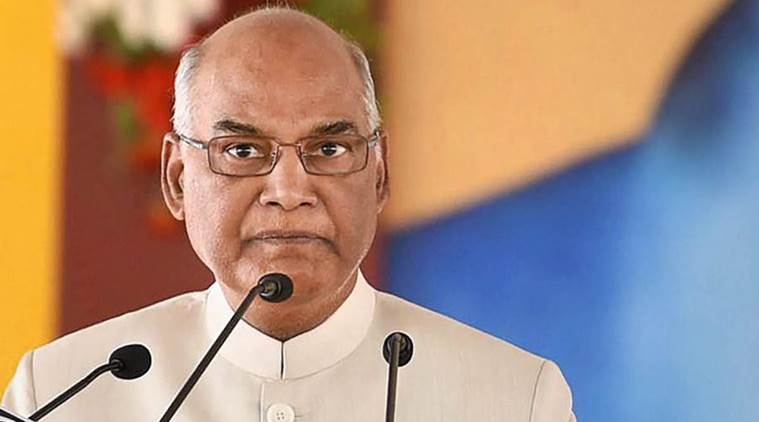 NEW DELHI, Jan 25:
President Ram Nath Kovind on Saturday lamented that there are some voters who do not understand the importance of their right to exercise franchise and reminded them that in several countries people had to struggle to get it.
Addressing an event here on National Voters’ Day marking the establishment of the Election Commission in 1950, the President said from the very first general election to the 17th Lok Sabha polls held last year, voters have increased the credibility of Indian democracy all over the world.
“For this, I congratulate all the voters of the country. But even today some of our voters do not understand the importance of their franchise. They should know that in most of the democratic countries of the world, the common people had to agitate to get the franchise and many sacrifices had to be made,” Kovind said.
He pointed out that even in old democracies such as England, women were able to get equal voting rights in the 20th century, after nearly three decades of struggle.
The framers of the Indian Constitution gave this invaluable right to all adult Indians without any discrimination, the President said.
Kovind reminded the audience that soon after Independence, India granted adult suffrage to all citizens which came under a lot of criticism as at that time, democracy was limited to a few developed and prosperous nations.
There were reservations that with only 16 per cent literacy, and poverty, universal adult franchise would not be successful. He said the decision was dubbed as “biggest gamble in history”.
“But our voters proved it to be the biggest successful experiment in democracy in the world history. They lived up to the conviction expressed by the Constitution makers on the common man,” the President noted. (PTI)