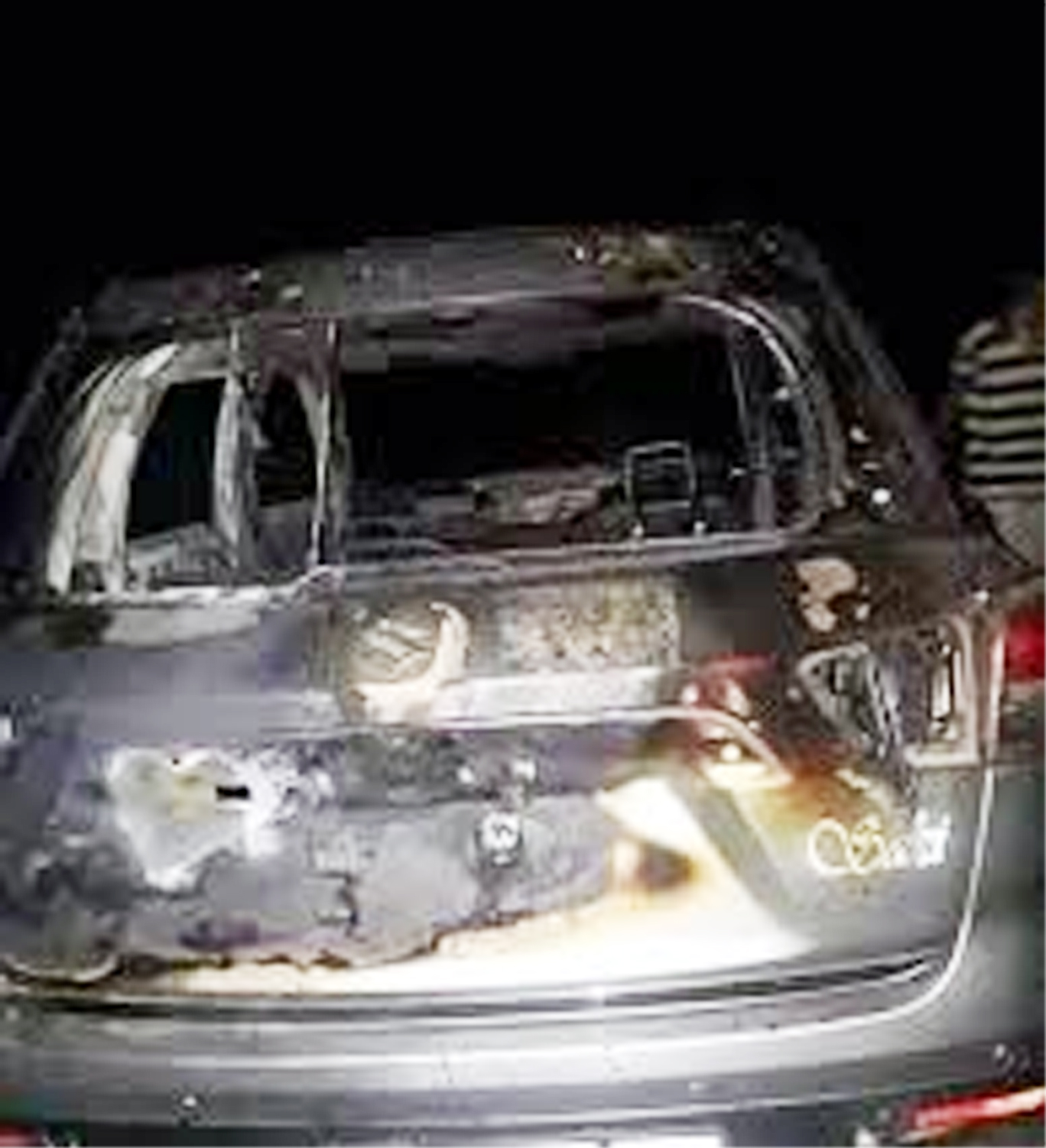 Excelsior Correspondent
Srinagar, Aug 2: Security forces have launched a massive manhunt after an Army man went missing following setting ablaze of his personal car in South Kashmir’s Kulgam district this evening.
Inspector General of Police Kashmir, Vijay Kumar, told Excelsior that vehicle of a local Army man, Muzafar Manzoor of Shopian was set ablaze at Rambhama village in DH Pora area of Southern Kulgam district this evening.
He said that the Army man is serving in Territorial Army (TA) and was not contacted after his car bearing registration number JK22B/3968 was set afire.
Kumar said that massive operation has been launched to trace him out.
Meanwhile, a 21-year-old youth was found dead under mysterious circumstances at his home in Janipor Trakolbal Pattan village of North Kashmir’s Baramulla district today.
An official said Rouf Ahmad Malla son of Mohd Ibrahim Malla resident of Janipur Trakolbal was found dead under mysterious circumstances inside his home. The family members buried the body without any legal formalities.
Meanwhile, police registered a case under 174 CrpC at Police Post Mirgund and the cause of his death is being ascertained.