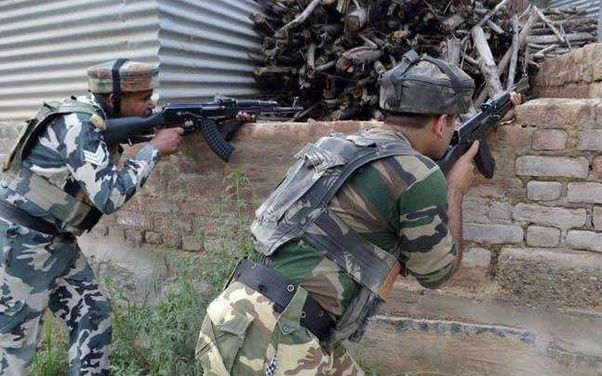 SRINAGAR : Two Army men were martyred and a terrorist was killed in an encounter in south Kashmir’s highly volatile Shopian district, officials here said on Saturday.
Security forces launched a cordon and search operation after receiving specific intelligence about the presence of terrorists in Zainpora area of Shopian, they said.
During the operation, the hiding terrorists opened fire at the security forces and in the ensuing encounter, two Army men were martyred, the officials said.
One terrorist was also killed by the security forces, they said, adding that the identity of the slain ultra is being ascertained. (AGENCIES)