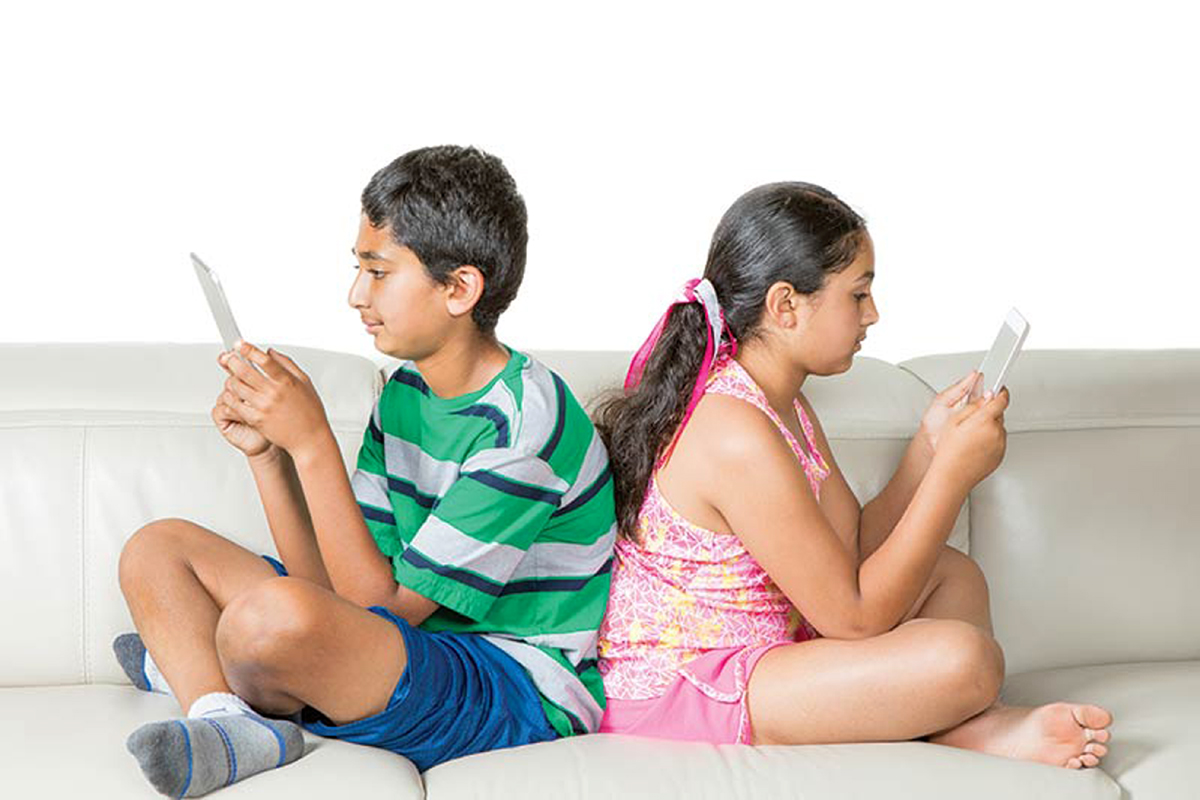 Dr Neelam Choudhary
I am not a scientist by profession; nor does one need to be, when the issue being discussed has not much to do with science at least with regard to its application in real life. To many of us, mobile phone is one of the greatest innovations, that has really transformed our lives. We rely on it for waking up, drinking water, counting steps, staying in touch with friends and co-workers, shopping, making our presence felt, getting updates, entertaining ourselves etc. etc. But have we ever realised how dangerous staying glued to the screens can be?
Research shows that if on an average, a person spends two hours and fifty one minutes on his smart phone daily, it adds up to five years and four months in a life time. So it is thirty six percent more than what we spend on eating, drinking etc. Though these figures are for USA, the situation is more or less the same elsewhere as well. Spending two to four hours daily on mobile phone on tapping, typing, swiping etc. means we are touching the screen 2600 times on daily basis. The worst symptoms of Nomophobia can be observed among teens. The withdrawal symptoms range from aggression, anxiety, depression to heated arguments, threats etc. Many a time, when either of the parents is involved in this pitched battle with teenager son or daughter, many more are caught in the crossfire.
Because of the basic nature of human beings as social animals, they have been found to have limitations. But with the advent of latest gadgets (smart phones), human beings have started doing something unnatural. They can sit for hours together playing games, chatting, changing status updates and the like, without the need for a friend or relative. Doesn’t it look irritating when you are trying to talk to your dear one and he/she is busy checking text on the phone( phone snubbing or phubbing)? More use of phone, in particular when we resort to multitasking (like driving and talking or texting) reduces our productivity, as our focus is nowhere. Switch costs are involved which take away so much of our time. It also increases stress level. With so many virtual friends, habitual smart phone users are just juggling between offline and online relations, which at times, ends up with bearing the brunt of broken relationships.
Using mobile phone gives us pleasure, not happiness. The former is addictive, while the latter is loaded with contentment. The former Vice-President of user growth of Facebook, Chamath Palihaptiya once admitted: “Dopamine driven feedback loops that we have created are destroying how society works.” Dopamine, the feel good chemical is released when we stay online for more hours. But as mentioned earlier, the more you stay online, the more you feel like staying there.
The negative consequences of mobile phone addiction are very well known. Text neck, blurred vision, accidents, low quantity and quality of sleep, loneliness (due to more reliance on non-verbal communication) etc. are only few of them. Studies even suggest that relying more on internet (as compared to books) for knowledge gives scattered information, may be full of contradictions and makes us lethargic too. It destroys our creativity, as for every small concept we type the keywords in the search box instead of first exploring our own brain. Many analytical thinkers have been found to be scrolling less and reading more books for a deeper comprehension. So, many school and college goers can at least minimise their dependence on internet for school projects and can stop making this excuse for possessing a smart phone. Books shall continue to be the best friends, at least in the near future.
What’s the way out? Should we emulate what tech innovators have done? People like Steve Jobs and Bill Gates never let their kids have devices until they reached 14. If they can do this, why can’t we? It is very easy to start with less ambitious and more realistic goals. Let it be what many people are trying: like having a phone free zone (like Bedroom, dining room), restricting ourselves to checking and responding to messages only twice in a day, identifying non-essential things we do with phones, reducing the no. of Social Media Apps, staying off phone beyond office hours, giving more importance to offline relationships (as they are real) and setting parameters for internet usage. Remember, it is very easy to pass the buck to others, if something wrong happens. Parents have to act as role models, by coming out of their comfort zones and spending quality time with their kids, instead of being victims of smart phone addiction. But what about the mothers who themselves hand over mobile phones to young ones, just to feed them or make them keep quite?
The genie of mobile addiction has been let out of the bottle .We don’t have much time to turn a blind eye to the issue. And moreover, all of us, the users of mobile phone, are in the same boat. Any small step towards de-addicting ourselves shall inspire many more. It’s high time we stopped saying: “I will cross that bridge when I come to it.” Let’s revive the albums, lying idle for decades, as they are well equipped to take us on a trip down memory lane.
Next time, before touching our phones, let’s think twice, as every touch is driving another nail into one’s coffin.