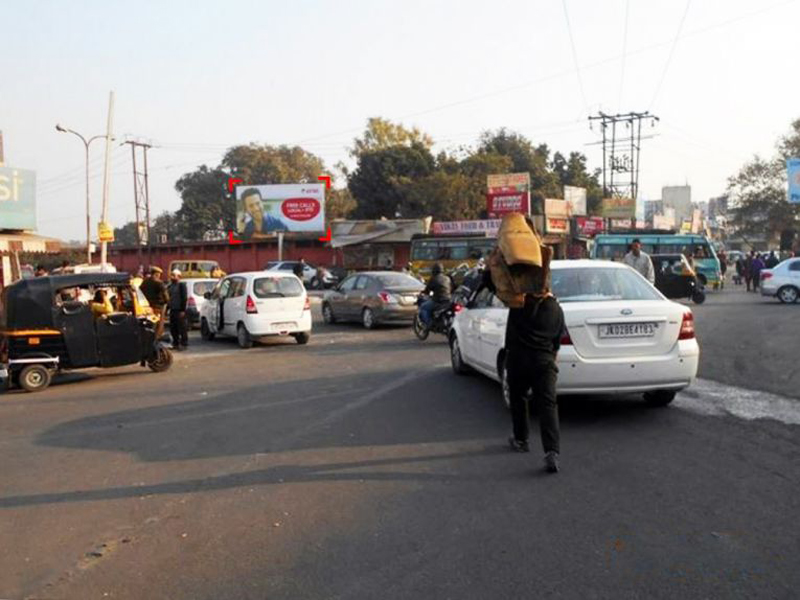 JAMMU, Aug 20: Situation remained peaceful in entire Jammu region today with educational institutions functioning normally and traffic, both commercial and private, moving on the National Highways and major roads, giving signs of return of complete normalcy.
However, mobile internet remained suspended in entire Jammu region while mobile calling facilities too remained affected in five sensitive districts.
Reports said educational institutions, which had re-opened almost in entire Jammu region yesterday, functioned normally and situation remained peaceful in the region. However, educational institutions in parts of Banihal and some areas of Kishtwar were yet to be re-opened but authorities were confident that they too would be made functional shortly as peace prevailed everywhere across the region.
“Situation was calm and peaceful in the entire region. However, senior officers of civil and police administration continued to reach out to the people at various places to ensure that peace isn’t disturbed,” sources said, adding that a strict vigil was being made on some of the elements but so far there has been no undesirable activity from them in any area of the region.
Degree colleges in some of the sensitive districts were yet to be re-opened. According to sources, the district administration would take decision on re-opening of degree colleges once the situation is back to fully normal in those areas.
Besides educational institutions, Government offices and markets were also fully functional in the entire region and people were moving out freely though presence of additional Central Armed Police Forces (CAPFs) remained in the sensitive areas. Deployment of additional Central forces would continue for some more time, they said.
Traffic including commercial and private was operating on National Highways and major roads, sources said.
Earlier on August 10, the educational institutions in five other districts of the region — Jammu, Kathua, Samba, Udhampur and Reasi — had reopened after authorities announced lifting of prohibitory orders.
Sources said as a precautionary measure, the prohibitory orders continued in some districts during the night.
Prohibitory orders were clamped in all 10 districts of Jammu region on August 5 following abrogation of special Constitutional provisions of Jammu and Kashmir and bifurcation of Jammu and Kashmir into two Union Territories of Jammu and Kashmir and Ladakh.
However, Jammu region remained completely peaceful with no untoward incident reported from any part.
Mobile internet services remained snapped in the entire Jammu region, sources said, adding that a decision to restore the internet will be taken shortly. Mobile calling facilities also remained affected in five sensitive districts of Doda, Kishtwar, Ramban, Poonch and Rajouri.