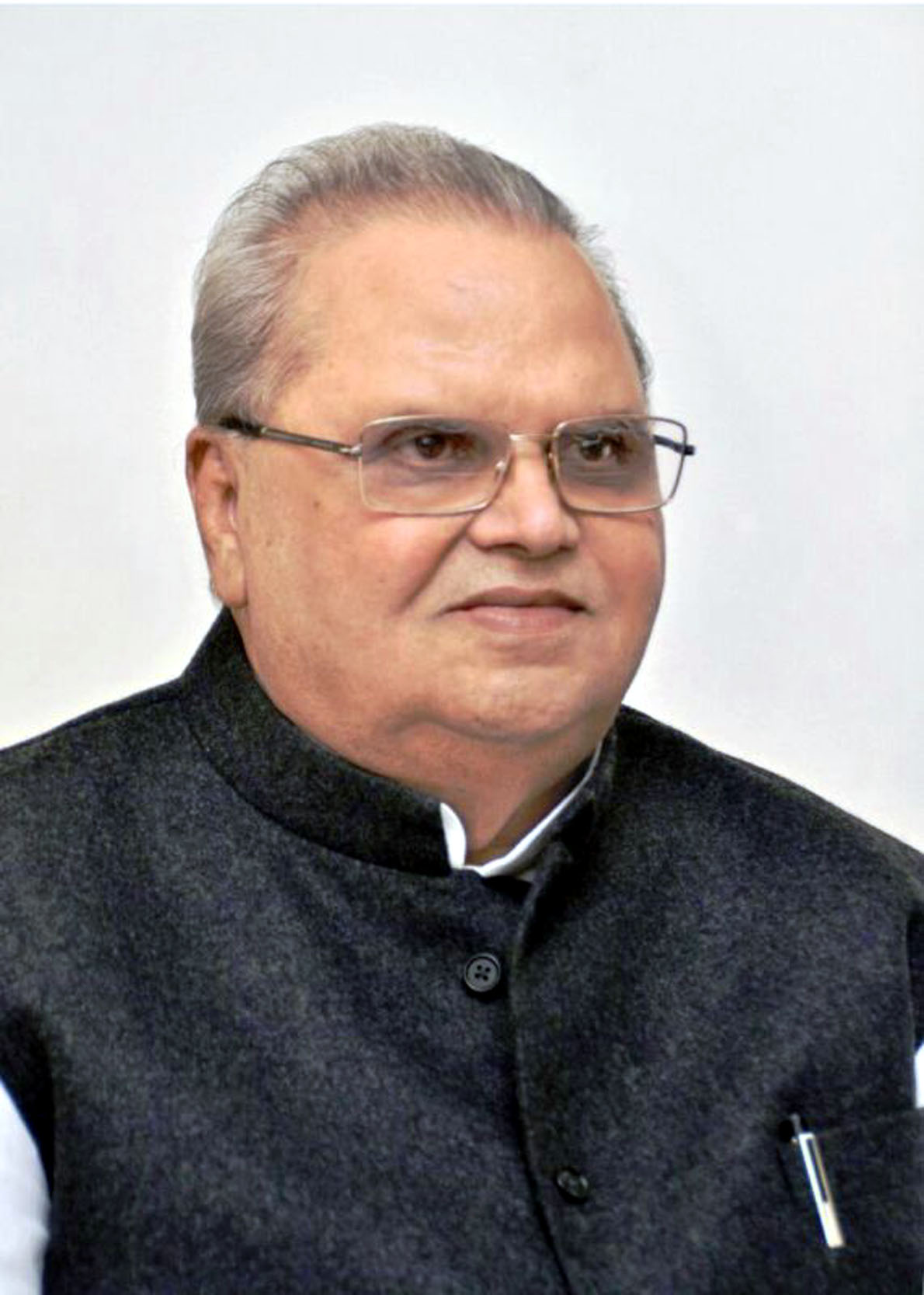 ‘Moosa’s father joined B2V in Burhan’s village’
No bandh call on HM’s visit in 30 years
Sanjeev Pargal
JAMMU, June 29: Governor Satya Pal Malik said today that situation has been improving in the Kashmir valley on ground, which was evident from the fact that father of Zakir Moosa, the chief of Ansar Ghazwat-ul-Hind (AGH), affiliated with Al-Qaeda and who was killed last month, joined the, ‘Back To Village Programme’ of the State Government in the village of slain Hizbul Mujahideen divisional commander Burhan Wani (in Tral).
He said this was also for the first time that All Parties Hurriyat Conference didn’t give a bandh call during the visit of Union Home Minister Amit Shah in Kashmir on June 26 and 27, which they had been doing for last 30 years whenever the Prime Minister or the Home Minister used to visit the Valley.
Click here to watch video
Speaking to media persons briefly during his three-day visit to Leh district of Ladakh division, Malik said there has been a change in the situation on ground with incidents of stone pelting and fresh recruitment into militancy reduced to nil.
“Also Zakir Moosa’s father attended the ‘Back To Village Programme’ of the State Government in the village of Burhan Wani,” he disclosed. The Government had launched ‘Back To Village Programme’ from June 20 to 27 with top Government officers visiting Panchayats and addressing issues of the villagers.
Moosa was top militant and chief commander of AGH outfit, which was linked to Al-Qaeda and was killed by security forces on May 24 this year while Burhan Wani was divisional commander of Hizbul Mujahideen, who was instrumental in recruiting several young boys into the militancy, and was gunned down by the security forces on July 8, 2016. Burhan Wani hailed from Tral.
The Governor said the Sarpanchs and Panchs were full of confidence.
“For the first time during last 30 years, no bandh call was given by the All Parties Hurriyat Conference for bandh during the visit of Home Minister Amit Shah in Kashmir on June 26 and 27. Every time the Prime Minister or the Home Minister visited Kashmir, the strike call used to be given by the Hurriyat Conference,” the Governor said.
He added that the Hurriyat Conference which didn’t open doors for talks earlier has offered to hold talks. However, he said, it was a different issue that we are not talking.
Malik said because of the Government efforts corruption has been checked and efficiency in working has increased.
“We have opened the Governor House for public. People can come and meet me without appointment. They can even send their message to me on my WhatsApp number. I always try whatever I can do for the people,” the Governor said.
At a function, Malik referred to accord of divisional status and Central University to Ladakh and Rs 200 crore for Kargil Airport.
“We don’t discriminate with any district. The officers will sit in both the districts (of Leh and Kargil),” he said.
Meanwhile, the Governor visited the Students’ Educational and Cultural Movement of Ladakh (SECMOL) Alternative School campus and inaugurated the solar powered residential building for boys there.
Addressing the gathering of students, he observed that in our society failures are not treated well and this is one of the reasons for children to lack in confidence and added that all of them are fortunate to have a unique concept like SECMOL which believes in teaching students lagging academically and providing them an opportunity to rise beyond their failures.
He mentioned that nowhere in the country such a concept of education exists and lauded Sonam Wangchuk for his initiatives and efforts in improving the education system in Ladakh. He hoped that the Himalayan Institute of Alternatives Ladakh (HIAL), a University founded by Wangchuk, will attract people not only from India but from all over the world.
Describing education as the greatest tool for empowerment, Malik observed that humanity is progressively building advanced civilizations, credit for which goes to its sustained quest for knowledge. He mentioned that to further strengthen the educational infrastructure here, a Cluster University for Ladakh has been sanctioned and more initiatives in coming time will be taken in this sector as per the aspirations of people of Ladakh.
The Governor met a delegation of the All Ladakh Women’s Association which submitted a memorandum with a request for amendment in the LAHDC Act (1995) in order to provide 33% reservation to women in the General Councils of LAHDCs.
A delegation of District Panchayat Coordination Committee, Leh, also presented a memorandum to Malik, demanding mobile connectivity and restoration of DSPT services; road connectivity for all the Panchayat Halqas; speeding up work on already sanctioned project for construction of motorable bridge between Palam and Leh etc.