Unique initiative by Dr Jitendra
Excelsior Correspondent
NEW DELHI, Aug 2: In an unusual show of brotherhood, solidarity and bonding, sisters from Northeast today tied Rakhi on Jawans from armed and paramilitary forces whose battalions or companies are deployed in Jammu & Kashmir and Ladakh.
In a programme organised at the unique initiative of Union Minister of State (Independent Charge) Development of North eastern Region (DoNER), MoS PMO, Personnel, Public Grievances, Pensions, Atomic Energy and Space, Dr Jitendra Singh, on the eve of Raksha Bandhan festival tomorrow, Self Help Groups (SHGs) from the eight North Eastern States of Arunachal Pradesh, Assam, Manipur, Mizoram, Meghalaya, Nagaland, Tripura and Sikkim also sent Rakhis, tri-coloured bands and face masks to Army and Paramilitary personnel posted in Jammu & Kashmir and Ladakh, thus bringing together the inherent bond among the various cultures, States and people of India.
Speaking on the occasion, Dr Jitendra Singh said, Jammu & Kashmir is my parliamentary constituency and Northeast is my official constituency. As a Minister for MDoNER, he said, since the North Eastern region is a part of his assigned responsibilities, he looks at it as a rare opportunity to be able to connect the two peripheral regions of India.
A Rakhi from Northeast for a soldier in Jammu & Kashmir or Ladakh, Dr Jitendra Singh said, is a message that sisters across the country are praying for the safety of their brothers in security forces who are in turn guarding the borders day and night for their safety . If we are able to celebrate our festivals in the manner we wish to celebrate , it is possible because our brothers on the line of defence stay awake day and night to ensure this for us, he added.
Lauding the talent and commitment of the women of Northeast, Dr Jitendra Singh said, Women Self Help Groups in the region have been making face masks since March- April. On the eve of Raksha Bandhan, they had worked hard in an extremely limiting environment of lockdown to make the face masks for the Jawans, he said.
The programme was coordinated by SHGs from North East India, supported by the Ministry of Development of North Eastern Region (MDoNER), North Eastern Council (NEC) and North Eastern Region Community Resource Management Project (NERCORMP).
Secretary DoNER Inder Jit Singh, Special Secretary Indevar Pandey, Officer on Special Duty Prashant Kumar Jha were also present. 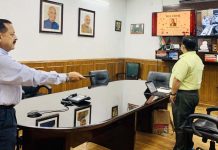 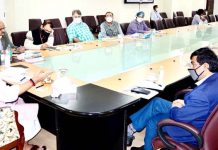 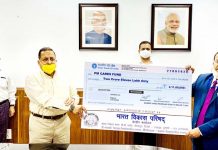 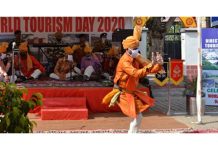 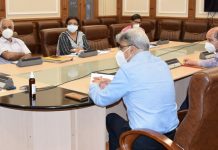 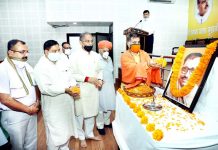