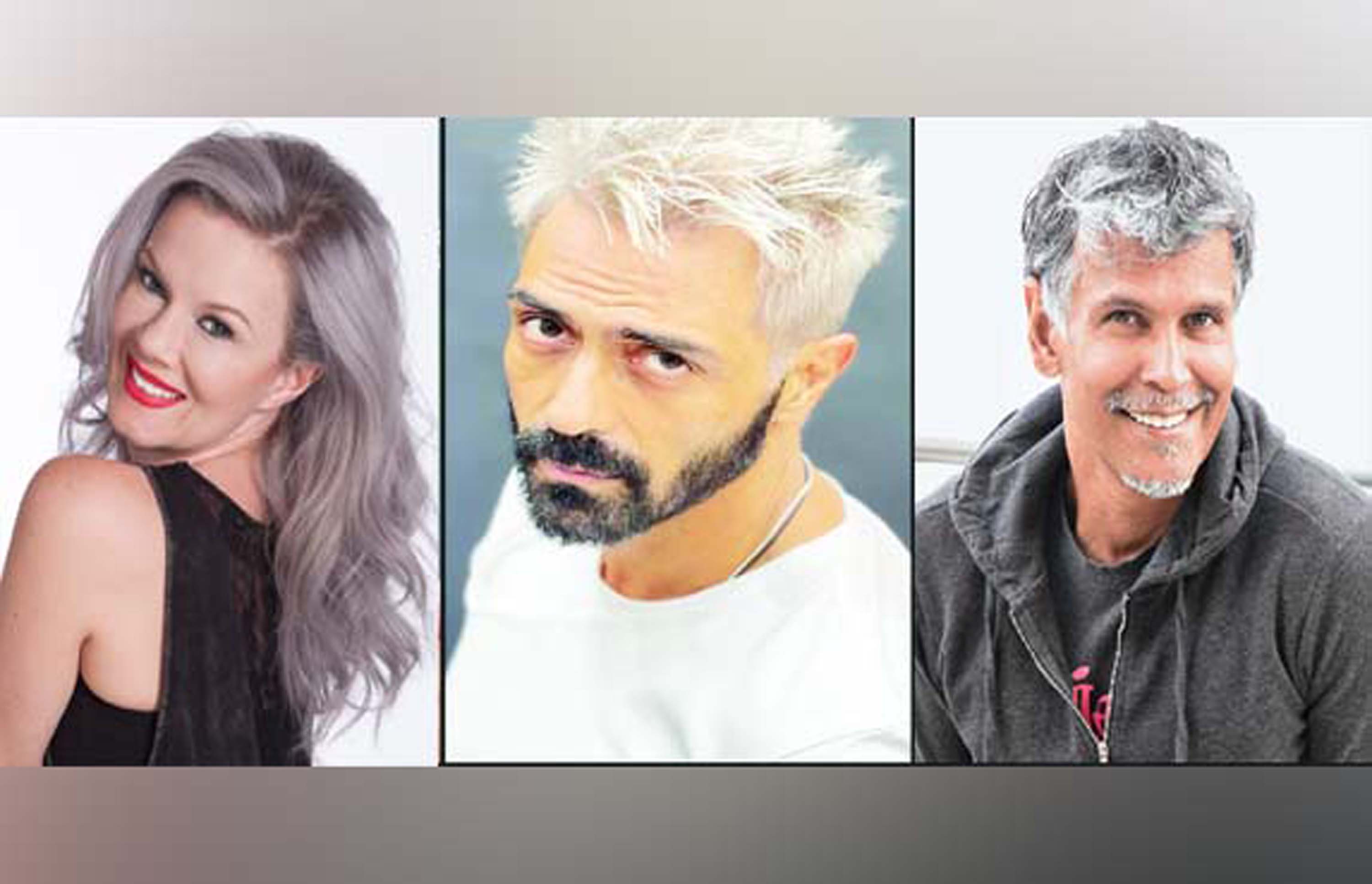 There is a silver lining, one observes these days, whether to do with senior citizens or fashion. Grey is the new Red, or Black maybe. It sounds a trifle exaggerated and dramatic, but the fact is that white and grey hair, silver accessories and grey outfits are making a bold statement. It is no longer a colour that is meant only for old age. Instead it spells a new confidence though quite understated.
First, about people. So far bracketed as ‘old’ what we see around us is a new, confident, – and fashionable, generation of seniors who are not afraid to experiment or hide behind facades of fuddy-duddy grannies and grandpas. Look at the new ad by Tanishq catering to silver-haired women where glamour does not take a back seat.
There is also a trend of going grey, even at a younger age, and flaunting it without self-consciousness. Kaveri Mishra, a homemaker, calls it a compulsive change, “Pandemic helped us to get over the awkward stage of the in-between of black and grey. It opened a whole new perspective of going grey and no worries as to how you are looking.”
It could also be akin to making a statement like, ‘Hey! I don’t care,’ thereby signifying a strong belief in oneself, says a psychologist from Kolkata.
Jug Suraiya, well-known columnist , calls it the “Grey liberation, which is all about people, mainly women, of a certain age who free themselves from the tedious chore of using dyes to darken their whitening hair in an effort, often misguided, to make themselves look younger.”
Even a college student like Kuheli Dasgupta of Kolkata, reiterates, “If women like men with grey hair, then why not us?” Indeed!
There is something quite liberating about it too, others advocating ‘acceptance’ of the grey look say. “It’s about a feeling of liberation. I love this change in women who turn forty/fifty and go grey with elegance, as no longer does one equate the grey strands with growing old. Instead it stands for inner peace and confidence,” feels newly married Titli Raina.
The stereotyped notion that grey hair makes you look old is increasingly becoming a thing of the past. Today efforts are on to make the grey mane look attractive for a smooth, well-trimmed look.
The grey colour makes a person look young, feels Akriti Jain, 40, a mother, who has opted to keep her grey strands untouched. She finds that a beautiful skin, a joyful smile, well cut and styled grey hair is so satisfying that one feels unchained.
“I thought I was doing something different, with my outward appearance, till I realised that I was changing on the inside too. This has been a true transformation both inside and out, and I am more at peace with myself.”
“With age the texture of one’s hair changes, so rather than colour the hair, one needs to care about it in different ways”, says Kapila Yukata, a hair stylist from Delhi’s Styling Station parlour. She suggests that as “Grey hair tends to be wiry and dry it can be made to look soft and shiny with proper attention.”
In the fashion scene too, grey is trending. It is a neutral colour which was once associated with a cloudy sky, an ashen face, and thereby suggesting gloom. But today grey defines class, and freedom from flashy hues and shades. It is in no way dull or uninspiring, but is the new glamour quotient. It is fast replacing beige which was in vogue sometimes back. Women are also picking up the neutral colour to mix and match with bright accessories or contrasting them with blouses and stoles to heighten the effect.
Last year the handsome Bollywood model turned actor Arjun Kapoor created quite a ripple when he was spotted at a salon in Mumbai by the paparazzi and his fans in a different look altogether. He had dyed his hair platinum blonde.
Grey is also perceived as the colour of wisdom, dependability, practicality, and elegance, the best being that it can blend with anything , hence versatile . For example one can offset it with magenta and yellow, thereby balancing out the effect. Also, as per colour psychology, grey represents neutrality and balance.
Coming to the makeover and accessory section, silver eyeliner, silver nail art, grey nail paints, are all the new choices. Silver jewellery- grey in colour yet again, has made a huge impact on consumers lately.
Traditionally, silver had been largely restricted to anklets and toe rings, spoons and rattlers for the babies, but not today. Tanishq has a silver section. Titan has forayed into the silver jewellery segment too. Fab India and Amrapali are present in the market with silver collections of jewellery as well. Combined with white gold it can attract attention immediately for its elegance and sophistication.
Grey interiors are now chic and very much in too. A discerning eye will go for this understated colour, that can combine and blend with the key elements in numerous looks and styles. Whether it’s the choice for walls, used for painted furniture or accessories, grey is the on-trend colour.
“It is the most popular neutral – and the most versatile! It’s the go-between light and dark, making it the perfect match for other neutral shades such as beige, cream,” says Mala Warikoo , an interior designer from Kashmir . So come, celebrate the ‘grey’ in its many personas. (TWF)