Excelsior Correspondent
JAMMU, May 31: Sikh bodies have demanded reservation for minority Sikh community in employment and other areas and also emphasized for creation of at least 5 Sikh constituencies in J&K after the new delimitation process in J&K.

Click here to watch video
In a joint press conference held here today, various Sikh bodies from the UT expressed their serious concern over the neglect of Sikh community for reservation as minority community. They said that now the delimitation process has further cautioned them about proper representation of the community in J&K Assembly.
Addressing the conference, Chairman, J&K Gurdwara Parbandhak Board and ex-MLC, Tarlochan Singh Wazir, along with members of DGPC Jammu and senior Sikh leaders demanded minority status for Sikh community in J&K and proper consultation with Sikh leaders of J&K while undertaking the process of delimitation of Assembly constituencies in J&K.
Wazir said that the minority Sikh community in J&K, which has mostly come from Pahari areas of PoK in 1947, has been continuously deprived of their political and fundamental rights in every sphere of life and they have always demanded minority status and reservation of at least 6 assembly seats for Sikh community in J&K.
The former MLC said that Sikhs of J&K have been making appeal after appeal for last so many years to extend minority status for the Sikh community and to set up a Minority Commission in the State (now UT) on the lines on National Commission for Minority in order to shield the interest of minorities including Sikhs as laid down in constitution of India.
In the conference, Sikh leaders in one voice demanded immediate reservation for minority Sikh community for ensuring proper employment and other benefits, besides creation of at least 5 Sikh constituencies in J&K, to ensure safety of political and democratic aspirations of Sikh in J&K.
Others present in the Conference were Jagit Singh (president, DGPC Jammu), Kuldeep singh (vice-president, DGPC Jammu), Fateh Singh (general secretary), Mohinder Singh (joint secretary), Darbinder Singh (cashier) and members–Jathedar Mohinder Singh, Manmohan Singh, Avtar Singh Khalsa, Ramnik Singh, besides Ranjodh Singh Nalwa, Narinder Singh Khalsa, Balwant singh Chatha and Harmanan Singh. 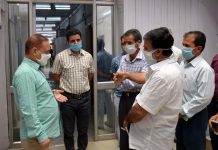 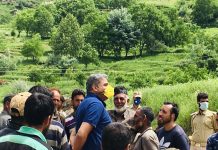 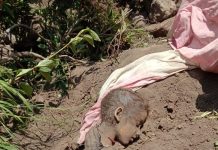