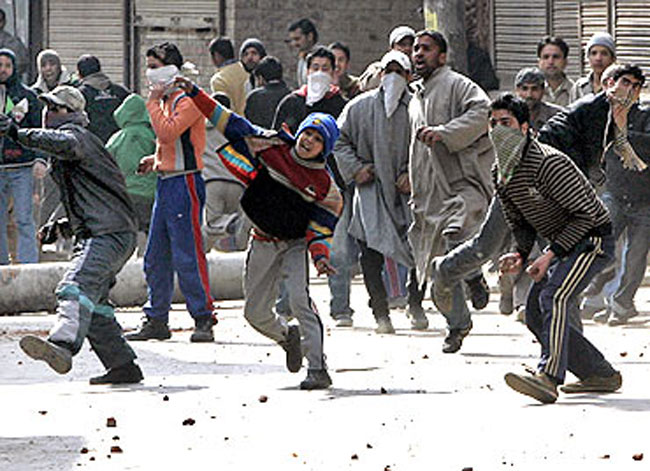 NEW DELHI: Stone pelting incidents in Jammu and Kashmir have come down significantly from a high of over 2,600 in 2016 to barely a few dozen in the first half of 2019, officials said Sunday.
The arrests of miscreants involved in stone pelting incidents also have come down from over 10,500 to just about a hundred.
According to the Home Ministry statistics, there were 2,653 incidents of stone pelting in 2016 for which 10,571 miscreants were arrested by police.
However, among the arrested just 276 were sent to jail and others were let off with warnings.
The killing of Hizbul Mujahideen terrorist Burhan Wani in 2016 saw a long spell of turmoil in the Kashmir Valley, a Home Ministry official said.
There were 1,412 incidents of stone pelting in 2017 in which 2,838 trouble-makers were arrested and 63 of them were sent to jail.
In 2018, there were 1,458 incidents of stone pelting in which 3,797 miscreants were arrested and 65 of them were sent to jail, as per the statistics.
In the first six months of 2019, there were around 40 incidents of stone pelting in which about a hundred miscreants were detained, the official said.
There has been a marked improvement in the security scenario in the Valley ever since the imposition of Governor’s rule on June 19, 2018, when the BJP withdrew support to the Mehbooba Mufti-led government, he said.
After the six months of Governor’s rule, the President’s rule was imposed, which has been continuing.
The security forces eliminated over 240 militants in the state in 2018, while there has been a dip in injuries caused due to stone pelting, another official said. (AGENCIES)