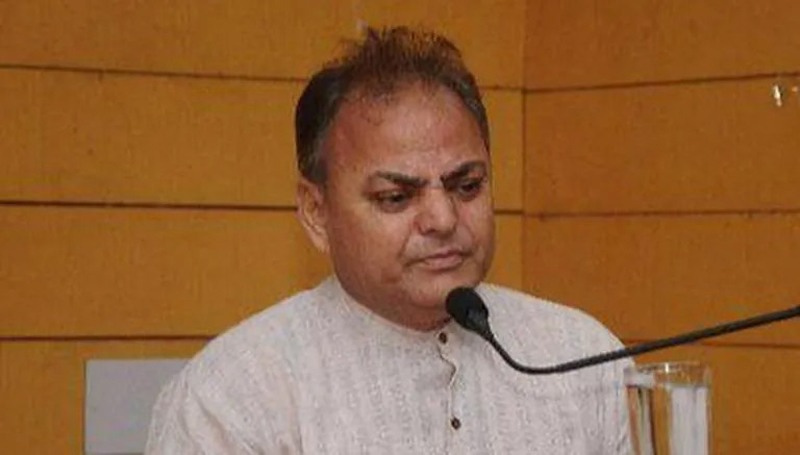 Excelsior Correspondent
JAMMU, Sept 24 : The State Investigation Agency (SIA) of Jammu and Kashmir Police today filed a charge sheet in a court here against former Minister Jatinder Singh alias Babu Singh and two others in terror-funding case.
Singh, chairman of Nature-Mankind Friendly Global Party, was arrested on April 9, 10 days after he went underground following the arrest of his worker Mohammad Shareef Shah, a resident of South Kashmir’s Kokernag, along with Rs 6.90 lakh hawala money in Jammu.
Shah had revealed that he was tasked by Singh, a resident of Kathua district, to collect the money, intended to be used for the anti-national activities, from Srinagar.
A spokesperson of the SIA said the chage sheet against the former Minister, Shah and a Pakistan-based Hizbul Mujahideen militants Mohd Hussain Khateeb, orginally a resident of Bhaderwah in Doda district, was filed in the court of Third Additional Session Judge Jammu.
“Babu Singh was in touch with the militants of proscribed Hizb-Ul-Mujahideen outfit and separatists of JKLF, an unlawful association. These inimical entities had sent this terror fund from Pakistan through their associates for Babu Singh’s party. The vision document of this party floated by the accused was to make J&K, PoK and Gilgit Baltistan as one independent country by making a condominium of Pakistan and India, for having joint control over currency, external affairs and finance,” the SIA said.
In the investigation, the spokesperson said it has been revealed that the former Minister was in contact with Khateeb over encrypted social media applications and had clandestinely visited Dubai for arranging funds.
“Shah was designated as Secretary of this party, who received these funds at Kashmir through unknown person and travelled to Jammu to handover these funds to Babu Singh and this fund was arranged by Khateeb, who is HM terrorist operating from Pakistan,” the official said.
The SIA said the investigation has established that Babu Singh was conducting online meetings and interviews with adversary and in his online address he has compared a militant, Maqbool Bhat with Bhagat Singh, Rajguru and Sukhdev and has termed Maqbool Bhat as “Freedom Fighter and Martyr”.
“In one of such online interviews Babu Singh has challenged and threatened the Government of India to desist from further breaking Jammu and Kashmir, this reference is in context of abrogation of Article 370 (in August 2019),” the spokesperson said.
The official said the association of Babu Singh with Khateeb and other cadres of HM outfit, operating from Pakistan has also been established in investigation.
“Anti-national and highly inflammatory content has been recovered by SIA from his mobile phone which establishes his intention to damage and threaten the unity, integrity and sovereignty of India,” the spokesperson said.