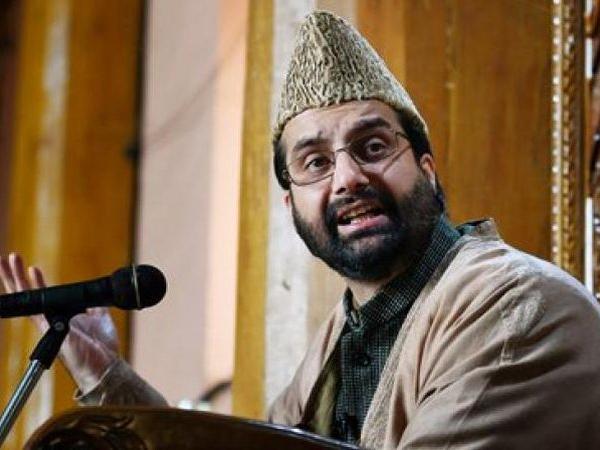 Excelsior Correspondent
Srinagar, Mar 24: Normal life in Kashmir remained disrupted due to shutdown called by separatists to protest the banning of Jammu and Kashmir Liberation Front (JKLF) by the Central Government.
Shops and business establishments remained closed in Srinagar while traffic was also off the roads. Similar reports of shutdown were also received from other district headquarters of the Valley.
Police and para-military Central Reserve Police Force (CRPF) were deployed in strength at sensitive places to prevent any violence.
Hurriyat (M) chairman Mirwaiz Umar Farooq was placed under house arrest to prevent him from leading any protest rally.
Clashes broke out at Habba Kadal area of Srinagar this afternoon when youth pelted stones and bricks at security forces.
A group of irate youth took to streets and engaged security forces in clashes. The security forces fired tear smoke to disperse them but they continued to lob stones and bricks at the security forces.
The shutdown was called by Syed Ali Shah Geelani and Mirwaiz Umar Farooq against the ban on JKLF.
Mirwaiz said that the Government of India’s decision to ban the Jammu and Kashmir Liberation Front for five years is highly “authoritarian, autocratic and pure political vendetta.”
The Central Government banned the JKLF, headed by Mohammad Yasin Malik, on Friday labeling it an unlawful party.
Malik has also been booked under the Public Safety Act (PSA) and lodged in a jail in Jammu.
Jammu and Kashmir largest socio-politico party Jammu Kashmir Jamaat-e-Islami was also banned by the Central Government and its Emir (chief) arrested under PSA as well and shifted to Jammu jail.
And at least four youth from South Kashmir districts have gone missing and are likely to have joined the militant ranks.
Sources said that missing youth have been identified as Ruheed Maqbool son of Mohammad Maqbool, resident of Shamsipora village in Anantnag district, Sayar Ahmad Bhat son of Sanaullah Bhat, resident of Manchowa in Kulgam district, Tajamul Ahmad Khanday son of Mohammad Yousuf Khanday, resident of Drak Laran Abhama in Keller area of Shopian, Asif Ahmad son of Gulzar Ahmad Dar, resident of Bongam in main town Shopian and Kaisar Ahmad Manhas, resident of Krewa Manloo in Shopian. However, Ruheed Maqbool was traced by the police and handed over to the family.
On the basis of specific inputs Army’s 31 RR along with police and CRPF established check points at several places in Bandipora and during checking at Nadihal, Bandipora, two persons travelling in a grey colour Maruti 800 bearing No. JK15-3572, were arrested.
They have been identified as Ishtiyaq Ahmad Parra son of Ghulam Mohiuddin Parra, resident of Bandipora and Yasir Arfat Khan son of Farooq Ahmad Khan of Nowpora, Bandipora. Arms and ammunition and IED material were recovered from the vehicle.
Meanwhile, the principal of a Jamaat-e-Islami (JeI) run private school was booked under Public Safety Act (PSA) in South Kashmir district of Shopian and shifted to Jammu.
Official sources said that Principal of Shah-e-Hamdan institute Mubashir Hussain was booked under PSA. “Hussain has been sent to a jail in Kathua district of Jammu,” they said.
“Hussain was detained from his residence at village Awneera a few weeks ago during a crackdown launched on JeI,” they added.