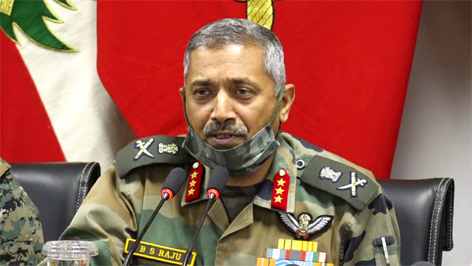 No civilized country, least India which is a democratic, liberal and free country would like its security forces to take any sort of pleasure in killing even those who take to the gun unless dictated by the security and liberty of the people and to maintain peace, order and tranquillity. Once more, amidst operation against those who take to guns and indulge in violence and spilling of innocents” blood, GOC 15 Corps has said that the youth of the valley had much brighter future ahead of them than joining militancy.
Since 27 out of the newly 49 recruited militants have been killed in different encounters, the GOC made it clear that it did give no pleasure to the security forces to kill “these boys” but anyone taking up arms and causing harm to others, needs to be dealt with accordingly. At the same time, the DG Police Dilbagh Singh has reiterated his appeal to the Kashmiri militants to return to mainstream and assured full support to rehabilitate them. We feel such misled youth to ponder over and make an analysis of what terrorism and violence has given to them and to Jammu and Kashmir except loss of precious lives and damage to property and economy. They should see through the tricks of Pakistan and utilise the opportunity for a total transformation which is embedded only in joining mainstream and shaping an assured and bright future.