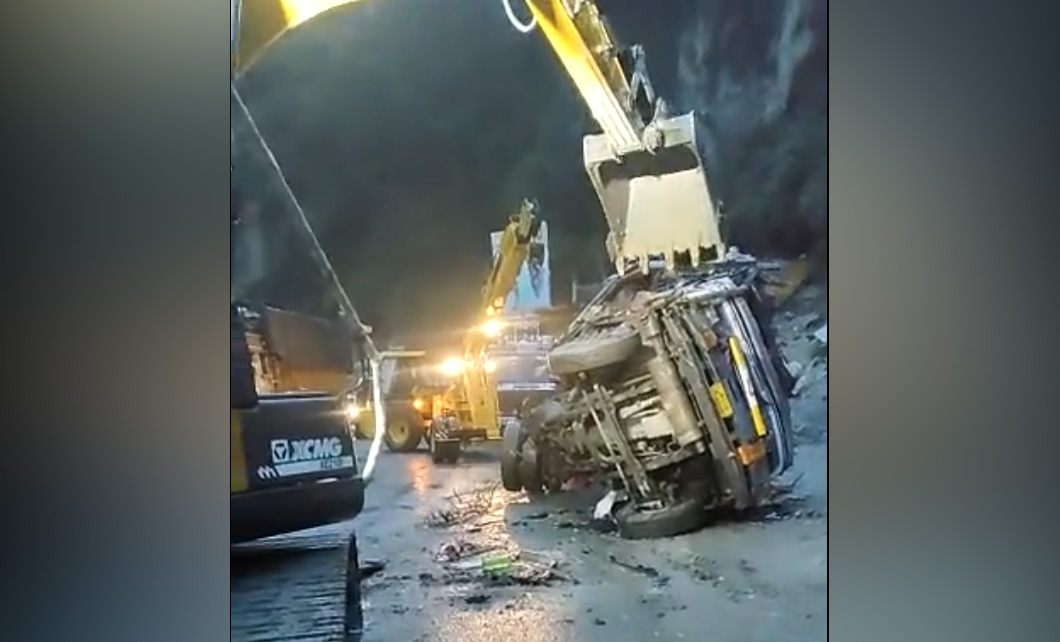 DE Web Desk
JAMMU, Jan 25: Traffic on the Jammu-Srinagar national highway was suspended on Wednesday morning after heavy rain triggered shooting of stones at a few places in Ramban district that left a truck driver dead and two others injured, officials said.
Senior Congress leader Rahul Gandhi’s Bharat Jodo Yatra is scheduled to reach the highway township of Banihal from Ramban district headquarters during the day.
An official of the traffic department said the shooting stones from the hillocks overlooking the highway at a couple of places between Ramban and Banihal forced suspension of traffic.
The shooting stones were triggered by heavy rain at Mehar and Panthiyal, he said, adding that the road clearance agencies are ready with their men and machines to make the road traffic worthy once the shooting of stones stops.
Police officials said a driver was killed and two others injured when a truck and an oil tanker were hit by rolling boulders at Magarkot in the early hours of the day.
The body of the deceased was shifted to a mortuary, while the injured who were travelling in the tanker were evacuated to hospital, the officials said.
It was still raining heavily in Ramban sector, while most parts of Banihal and Kashmir Valley experienced snow on Wednesday morning. The weather office has forecast heavy snow over middle and higher reaches and rain in the plains for the day.
In view of the Bharat Jodo Yatra, the traffic department has issued a detailed advisory to ensure hassle-free vehicular movement on the highway and avoid any unnecessary inconvenience to the people.
The department has declared the yatra route from Batti-Matra-forest check post road as a “no traffic zone” and also advised people of Ramban town and adjoining areas not to park any vehicle on the road during the foot march.
The traffic department said no vehicle would be allowed from Qazigund (Kashmir) towards Ramban till the yatra reaches its camping site at Lamber in Banihal, where it will stay for the night before entering Kashmir on January 27.