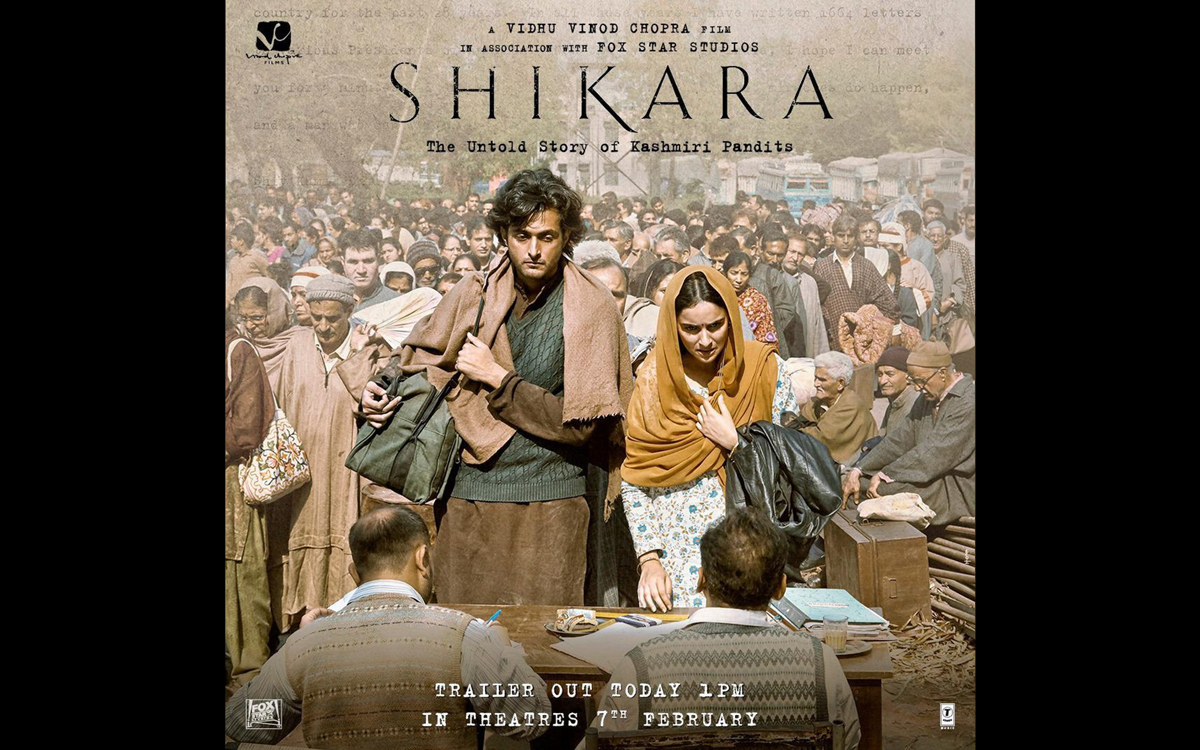 Almost two decades after Bollywood action thriller Mission Kashmir, filmmaker Vidhu Vinod Chopra is back in the big screens with Shikara, which narrates the tale of Kashmiri Pandits who had suffered an ethnic cleansing in Jammu and Kashmir back in 1989-90. As the film is slated to release on Feb 7, some excerpts of Chopra’s interview on the film.
What you have to keep in mind while making such a sensitive film?
See I had to keep my mother in mind because I made the film for her. Any other director or producer would have done several Munna Bhai MBBS or 3 Idiots (he means commercial films) in last 11 years unlike me. I didn’t do because my and our story’s inspiration was my mother. So it is a film which is my own story. This is something very special to me. I spent a lot of time in love and affection.
How do you think the film will meet the aspirations of Kashmiri Pandits?
There is always an intent to connect to the audience. The process was same in Munna Bhai MBBS or 3 Idiots. I hope the film will bring a change in the lives of the community with which I have a relation. I hope their lives get better. So that is the intention.
What aspired you to cast a girl from small town Bhaderwah in the lead role?
I wanted to have full new people on board because if I had cast any Hindi film actor then Shikara would have been fake. Then the film would have become Bollywood (he means typical Bollywood film). I felt the film would not have seemed true if any of the popular Bollywood actors had worked. So I wanted real people (on board) and most actors in the film are from Jammu and Kashmir actually.
Several biopics are made typical Bollywood films. How much did you work to make it real?
See I have made this film for my mother. So I haven’t thought anything commercial. And I think the film will be a huge hit with my mother’s blessings. If I had thought to make it commercial, then I would have cast actors like Aamir Khan, Anushka Sharma. So this film is not only mine but the entire crew’s. All of them worked with their all heart.
Why did you think this is the time to tell the story? The film is releasing at a time hate is once again prevailing in the country. What kind of message you want to send?
See this film had started 11 years back and I was unaware that we would be in the kind of state which is prevailing now in the country. But clearly the message is for the incident which occurred 30 years back. Unfortunately the message is true today. I firmly believe that love can conquer everything. The hate is prevailing even now but the film is not about the present but an incident which occurred 30 years ago. (IBNS/TWF)