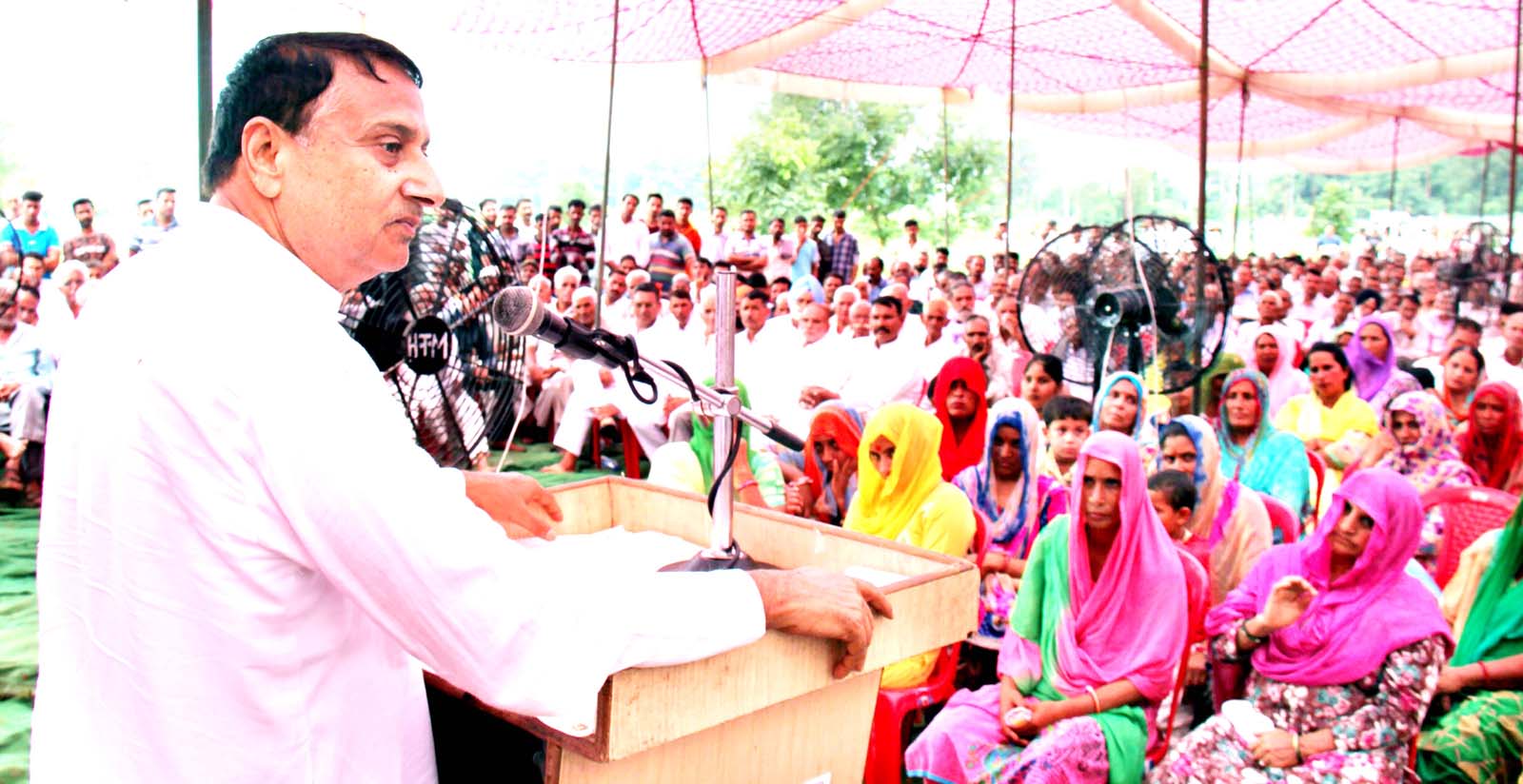 Excelsior Correspondent
JAMMU, Aug 12: Senior Congress leader and former minister, Sham Lal Sharma today appealed all the leaders from Jammu region to boycott elections till Jammu is granted Regional Autonomy.
Addressing large gathering in Akhnoor block today, Sham Lal alleged that Jammu region in the State has always been taken for granted by successive governments on the pretext of Kashmir’s predominated political dimensions.
“Jammu is alone the bridge between the State and India which has always been denied and discriminated by the Kashmiri predominated political dimensions,” Sharma said adding that Jammu has been taken for granted by successive governments in all respects and despite divergent voices in Kashmir Valley, they paid special attention to it.
Sham said that of late Provincial president of National Conference Davinder Singh Rana had said that the leaders from Jammu should not contest elections for two terms unless and until the people of Jammu are not empowered by granting regional autonomy. On this, Sham Lal said that he agrees with the purposal to the extent that the Jammu leaders should not contest elections both Assembly and Parliament at all till the Jammu region is granted regional autonomy.
Congress leader said as and when elections are held the BJP is playing communal card and always try to divide the people for their political gains. He said that not only in J&K but across the country they are indulging this practice as there is no achievements at their credit while governing the country. It has been observed that valley based parties are playing Kashmir card there dividing the state on communal lines. He said that they have to address regional aspirations and not on communal lines which is being done by Valley based parties.
Sharma said “Congress’ stand on Jammu’s future crystalised with assurance of Regional Development Council enjoying all the constitutional guarantees and functions.”
He maintained that Congress has a clear vision towards popular expectations and aspirations contrary to other political parties who failed to present even their agenda.
Speaking on the occasion senior Congress leader and Ex-MP Madan Lal Sharma said that there was a feeling among common people that the BJP-led NDA Government has failed to deliver on its promises.
He said that although Modi Government took steps such as demonetisation and the “half-cooked” GST, it did not pay heed to the people’s problems caused by the note ban.
“It’s easy to give speeches, declare manifesto and publish advertisement, but this government is facing difficulties and there is a feeling among common people that they have failed to deliver on their promises.
“The undercurrent occurs because the government had given so many promises, including that of bringing back black money, creating jobs for the youth and several others,” he said.

Villagers protest against no supply of drinking water