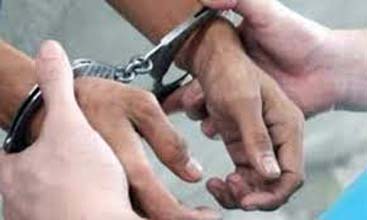 LAHORE, Sept 28:  Pakistan’s top Opposition leader and PML-N president Shahbaz Sharif was arrested by the country’s anti-graft body today after a court rejected his bail plea in a money laundering case.
The development comes just ahead of the planned protests next month by his party – the Pakistan Muslim League-Nawaz (PML-N) – to demand the resignation of Prime Minister Imran Khan.
Shahbaz, the Leader of the Opposition and the younger brother of three-time former Prime Minister Nawaz Sharif, was taken into custody from the Lahore High Court’s premises, where a large number of the PML-N workers gathered ahead of the hearing in the Rs 700 crores (USD 41.9 million) money laundering case.
The anti-graft body – National Accountability Bureau (NAB) – took him to its Lahore’s detention centre and will produce him to the accountability court for his physical remand.
Earlier, a two-member LHC bench headed by Sardar Ahmed Naeem rejected his bail after hearing the arguments from the NAB’s team and Shahbaz’s lawyer.
The Imran Khan Government last week filed the money laundering case against 69-year-old Shahbaz, who served as Chief Minister of Punjab province from 2008 to 2018, and his family.
Adviser to the Prime Minister on Interior and Accountability Shahzad Akbar last week alleged that Shahbaz and his sons – Hamza and Salman – were involved in money laundering through fake accounts. (PTI)