E-Paper
Home Latest News Shah Faesal could deliver better as an officer than as politician: Guv

JAMMU: Against the backdrop of resignation of Kashmir based Civil Servant Shah Faesal to join politics, Governor Satya Pal Malik on Saturday said that Dr Faesal could have delivered better as an officer than as a politician.

“Dr Faesal could deliver better as an officer rather than as a politician,” Mr Malik here told reporters at the sidelines of a function here. He, however, observed that it is not necessary for him to suggest Mr Faesal what he has to do in future even though his best wishes were always with him. ”

I would love to meet him if he comes to me for redressal of problems of youth”, the Governor added in his statement. (AGENCIES) 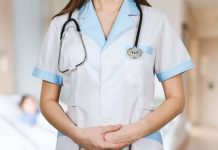