JAMMU, Oct 18: With the removal of controversial Articles, Union Home Minister, Amit Shah has ensured development of Jammu and Kashmir, said J&K BJP general secretary (Org.) Ashok Kaul while addressing a meeting of BJP district Jammu West.
The meeting was held by BJP district Jammu West of its State office bearers and district office bearers to discuss the arrangements of upcoming rally of Union Home Minister at Bhagwati Nagar.
The meeting was addressed by J&K BJP general secretary (Org.), Ashok Kaul in the presence of former Minister, Sat Sharma, J&K BJP general secretary, Vibodh Gupta, Mayor, Chander Mohan Gupta, district Prabhari, Karan Singh and district president, Munish Khajuria.
While addressing the meeting, Ashok Kaul said that as the Union Home Minister, Amit Shah will address a huge public rally in Jammu on October 24 at ground adjoining 4th Bridge, Bhagwati Nagar, a specific responsibility lies on the shoulders of BJP district Jammu West activists due to the rally location which lies in the said district.
Kaul said that as this will be the first public rally of Amit Shah in Jammu after the abrogation of controversial Articles 370 & 35(a), this is surely a long sought event by the party activists and common masses. He said that the common masses of Jammu & Kashmir are really thankful to him and PM Narendra Modi for this rightful decision.
Kaul during the meeting asked the party leaders from Jammu West to form teams and allot different responsibilities to the party activists for the successful conduct of the public rally. He said that every precaution will have to be taken to ensure the smooth and successful organization of the rally.
Sat Sharma guided the party leaders present in the meeting for on the issues to be in consideration during the rally. He said that the party activists from district Jammu West will leave no stone unturned for the success of the mega rally.
Vibodh Gupta, while discussing the rally arrangements also said that on October 24 the birth anniversary of Pt. Prem Nath Dogra the party activists must also remember his contributions in the erstwhile State of Jammu & Kashmir who struggled for the total integration of J&K with the rest of India. 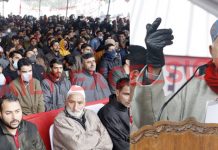 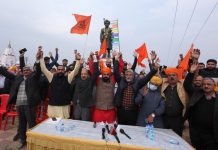 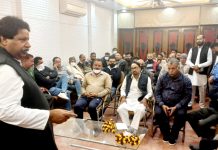 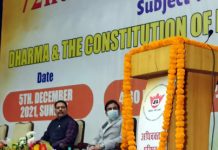 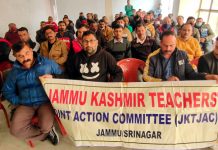 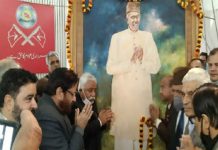 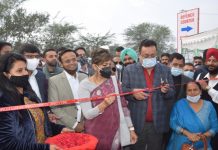 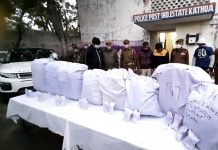 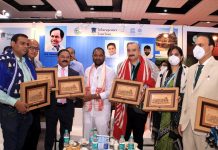 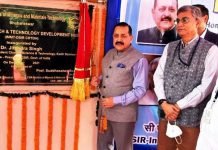 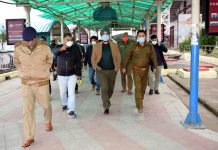