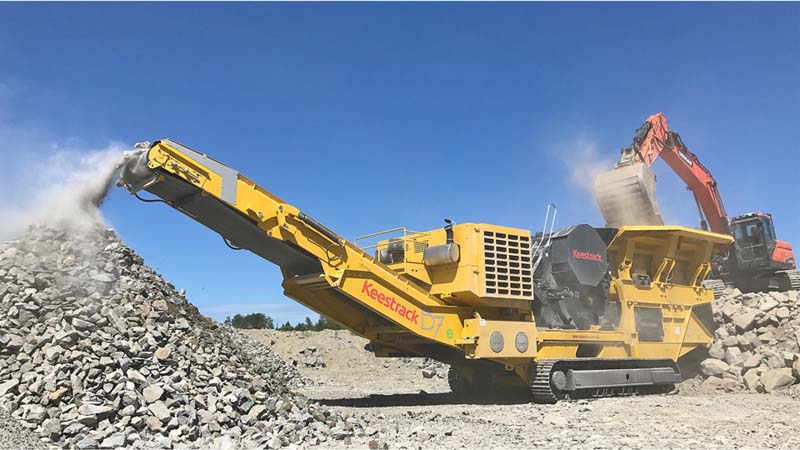 Mohinder Verma
JAMMU, Aug 31: Shocking it may sound but it is a fact that several crusher units are operating in the vicinity of Ravi River in Kathua district merely on the interim directions passed by the courts as nexus ridden Geology and Mining Department is not showing any interest in pursuing the cases vigorously to obtain the final orders.
Moreover, blatant violation of the conditions of Jammu and Kashmir Pollution Control Board and other departments by many crusher units has remained unchecked as Geology and Mining Department doesn’t want to break the deep rooted nexus and annoy those involved in open loot of mineral wealth.
Official sources told EXCELSIOR that during a detailed exercise conducted by multi-department team early this month it came to the fore that several crusher units, which are either unlicensed or deficient in the No-Objection Certificates (NOCs), have taken some interim directions from the courts and are continuing their functioning on the basis of such orders during the past several years.
“The perusal of such cases revealed that the Geology and Mining Department either has not filed objections or has not forcefully projected its stand before the courts in the light of the relevant provisions of law/regulations and facts”, sources said. This is notwithstanding the fact that in majority of the cases the courts have just directed that the “operation of such units shall not be interfered till next date of hearing only if they are operating within the provisions of the applicable law”.
They asked, “what else than the deep rooted nexus could be the reason behind not pursuing cases before the courts for getting the interim orders modified or stays vacated”, adding “by evincing no interest in getting the interim directions modified the concerned officers of the Geology and Mining Department are sending loud and clear message to the State administration that welfare of the crusher units is more dearer to them than the interests of the Government”.
“There should not be any difficulty in vigorously pursuing such cases especially when State High Court has already initiated the step towards checking duplicity of the orders by different courts by passing directions vis-a-vis referring all such cases to one Single Bench”, sources said.
Not only on this aspect, those at the helm of affairs in the Geology and Mining Department are also not showing any interest in checking violation of various conditions by the owners of crusher units.
This can be gauged from the fact that during the recent inspections violation of conditions of consent to operate of the Jammu and Kashmir Pollution Control Board and other departments was noticed in many crusher units. “Absence of pollution control devises, non-installation of sprinkler system and non existence of double walled boundary etc were noticed by the inspection teams”, sources disclosed.
Moreover, discrepancies have been found between consumption of electricity data provided by the Power Development Department and total sales reflected by the crusher units operating in the vicinity of Ravi River.
“In violation of the conditions of the license granted by the Geology and Mining Department to the crusher units, it has also been observed from the perusal of the record of District Mineral Officer Kathua that none of the crusher units in the district is submitting monthly sale purchase statement. Moreover, the department is not taking any action in this regard”, sources informed.
Despite repeated attempts, Director Geology and Mining Department Farooq Ahmed Khan could not be contacted for his comments on the prevailing situation and action initiated by the department on the outcome of the joint survey.
Joint Director Geology and Mining Jammu, Ashwani Khajuria, when contacted, simply said, “I am not supposed to take action on the findings and only Director is the competent authority”. He also avoided direct replies to other questions particularly with regard to non-serious approach in pursuing the court cases for modification of interim directions.
Though several calls were made on the mobile phone of Geologist concerned Dr Rajinder Singh Bandral to ascertain the reasons behind inaction on the violation of conditions of Pollution Control Board and other departments yet there was no response.
“The findings of joint survey also shared with the General Administration Department are just tip of an iceberg and special audit as well as detailed field verifications are imperative to break the nexus and to avoid loss to the exchequer”, sources stressed.