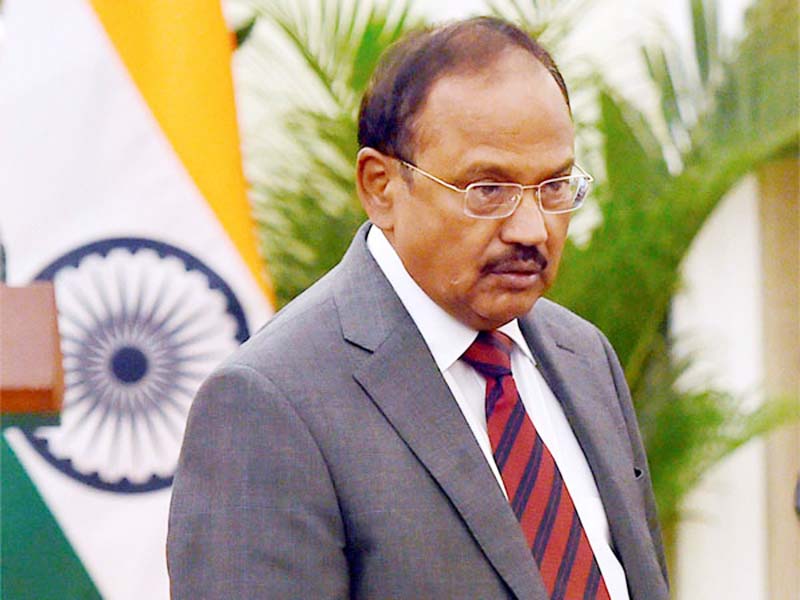 NEW DELHI, Sept 4:
Having a separate Constitution for Jammu and Kashmir was probably an “aberration”, National Security Advisor Ajit Doval said today as he stressed that sovereignty can never be compromised.
His remarks on Kashmir come at a time the Supreme Court is hearing pleas challenging the Constitutional validity of Article 35-A of the Constitution, which provides special rights and privileges to permanent residents of Jammu and Kashmir.
Speaking at the launch of a book on Vallabhbhai Patel, Doval also paid glowing tributes to the first Home Minister of India, saying he had made significant contributions in laying a strong foundation of the country.
Doval said sovereignty “cannot be a diluted and ill-defined”, and added that when the “British left, probably they did not want to leave India as a strong sovereign State.”
In this context, he said Patel could see through the plan of the British to sow seeds of disintegration in the country.
“His contribution is not about the merger of the States, it is only a means to an end. The thing was that to make a sovereign State in which there was the sovereignty of the people was established in the Constitution, which is applicable to the whole of it. Probably with Jammu and Kashmir, where the Constitution was…In a truncated form…Another Constitution of J&K continued to exist, which is aberration,” Doval said at the event at Vivekananda International Foundation (VIF), a think-tank.
Doval is also one of the founders of the VIF.
Talking about the British rule, he said one of the their plans was to let the princely states decide for themselves, hoping that there would be chaos in the country.
“He (Patel) has been able to lay the foundation of a nation-state. And in nation-state, there was one law, one Constitution…Sovereignty can never be divided,” Doval said.
The former top spy said nation building is an “exothermic process” that generates a lot of heat.
Unless that heat is generated it is not able to have that melting point in which all the different identities can merge and become one identity.
“Probably the heat was not sufficiently generated during our Independence movement because of the route that was taken. I am not criticising that…The non-violence was the route in which the cost of Independence was not really understood by our people,” Doval said. (PTI)