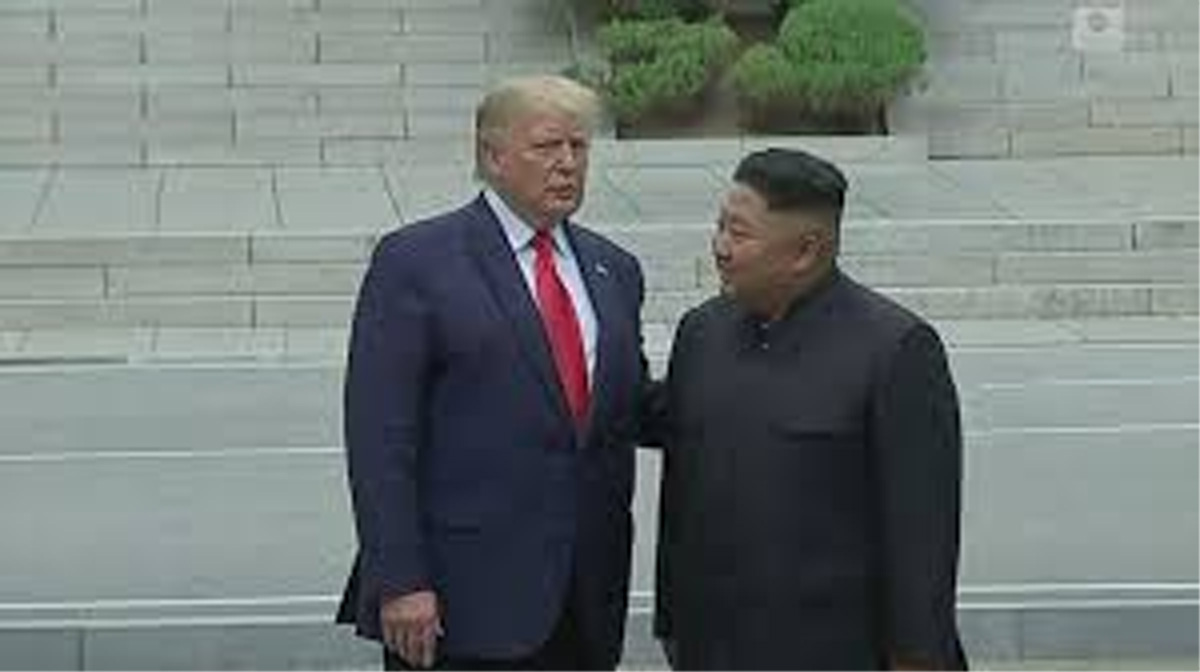 SEOUL July 1: South Korea says it hopes the diplomatic momentum created by the latest meeting between President Donald Trump and North Korean leader Kim Jong Un would help revive inter-Korean dialogue and engagement that ground to a halt amid a hard impasse in nuclear negotiations between Washington and Pyongyang.

Lee Sang-min, spokesman of South Korea’s Unification Ministry, said that the Trump-Kim meeting could breathe new life into the nuclear negotiations and benefit Seoul’s efforts to keep alive momentum for talks and cooperation with the North.

North Korea’s state media has described Kim’s meeting with Trump on Sunday at the Demilitarized Zone as “an amazing event” in the border village it notes is a symbol of the Korean Peninsula’s division. (AGENCIES)