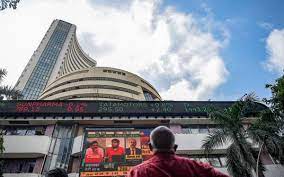 MUMBAI, Dec 16: Equity benchmark Sensex ended 113 points higher on Thursday, tracking gains in index majors Infosys, Reliance Industries and Bajaj Finance amid a positive trend overseas.
The 30-share index advanced 113.11 points or 0.20 per cent to settle at 57,901.14. Similarly, the NSE Nifty rose 27 points or 0.16 per cent to 17,248.40.
Bajaj Finance was the top gainer in the Sensex pack, rising around 3 per cent, followed by Infosys, Titan, Reliance Industries and HCL Tech.
On the other hand, Maruti, Bajaj Auto and Sun Pharma were among the laggards.
“Indian markets opened on a positive note following Asian market cues as globally investors assess US Fed’s decision on taper and rates,” said Narendra Solanki, Head- Equity Research (Fundamental), Anand Rathi.
The US Fed said it will aggressively unwind bond buying and sees three rate hikes in 2022 and two each in next two years.
“During the afternoon session, the markets continued to hold their head above water. However, upside remained capped on relentless FII selling in capital markets which impacted traders’ sentiment. During the closing session, the markets succumbed to selling pressure,” he added.
Elsewhere in Asia, bourses in Shanghai, Hong Kong, Tokyo and Seoul ended with gains.
Stock exchanges in Europe were trading on a positive note in mid-session deals.
Meanwhile, international oil benchmark Brent crude firmed up 0.97 per cent to USD 74.60 per barrel. (AGENCIES)
&&&
BIZ-RUPEE-CLOSE
Rupee rises 23 paise to 76.09 against US dollar
Mumbai, Dec 16:
The rupee recovered 23 paise to close at 76.09 (provisional) against the US dollar on Thursday, reacting to the US Federal Reserve’s announcement on ending bond-buying stimulus by March.
At the interbank forex market, the local unit opened at 76.31 against the greenback and witnessed an intra-day high of 76.06 during the day’s trade.
On Wednesday, the rupee plunged by 44 paise to close at a 20-month low of 76.32 against the American currency.
“Rupee traded positive on US Fed statement of tapering, but economic data relevance did not support the dollar index. Helping rupee to take support near 76.25. Going ahead rupee can be seen range of 75.75-76.25,” Jateen Trivedi, Senior Research Analyst at LKP Securities said.
The US Federal Reserve signalled multiple interest rate increases next year.
Forex traders said the appreciation bias in the rupee might be curtailed, amid growing concerns over the Omicron variant of coronavirus, firm crude oil prices and persistent foreign fund outflows.
Meanwhile, the US dollar index, which measures the greenback’s strength against the basket of six currencies, fell 0.37 per cent to 96.15.
Brent crude futures, the global oil benchmark, rose 1.12 per cent to USD 74.71 per barrel.
Foreign institutional investors were net sellers in the capital market on Wednesday, as they offloaded shares worth Rs 3,407.04 crore, according to stock exchange data.
On the domestic equity market front, the BSE Sensex ended 113.11 points or 0.20 per cent higher at 57,901.14, while the broader NSE Nifty advanced 27.00 points or 0.16 per cent to 17,248.40. (AGENCIES)
&&& 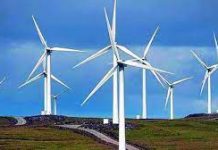