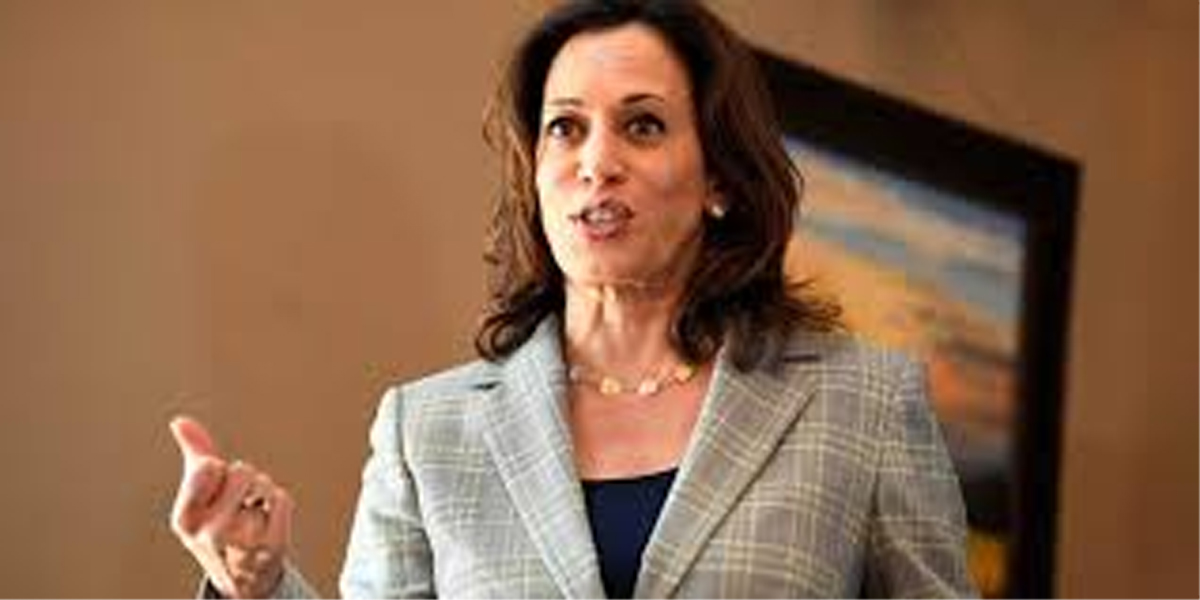 WASHINGTON, July 8: Senator Kamala Harris, the first Indian-origin US Senator, has raised over USD 23 million since the powerful Democrat from California announced her ambitious presidential bid in January.

Among the 23 Democratic presidential aspirants, Harris, 54, is running neck and neck with former US vice president Joe Biden, particularly after her impressive show at the first Democratic Party debate held recently.

In total, she has raised more than USD 23 million since she announced her presidential bid in January.

A rising Democratic Party star and vocal critic of President Donald Trump, Harris, if elected, would be the first woman and woman of colour to be the President of the United States. The Indian-origin Senator’s mother was born in Tamil Nadu and father is an African-American from Jamaica.

According to a campaign statement, Harris brought in more than USD 7 million through her digital programme alone. The campaign’s average contribution was USD 39, and the average online contribution was just USD 24.

Harris launched her campaign on January 21 with a promise to reject money from corporate political action committees and federal lobbyists. If she gets the Democratic Party’s nomination, she would contest against President Trump from the Republican Party in November, 2020.

“The 2020 presidential election is a fight not only for the soul of our country, this is also a fight that is borne out of love for country ? and this is a fight we will win,” Harris tweeted on Sunday.

According to two recent opinion polls, Harris has significantly improved her position among the nearly two dozen candidates vying for the Democratic Party’s nomination.

Her campaign has brought in nearly half a million dollars this quarter from its online store, which has already sold 1,400 ‘That Little Girl Was Me’ T-shirts that feature a now-viral photo of Harris as a young girl. This was the single best-selling item in the month of June, despite not being available until June 28.

“The momentum Kamala Harris is seeing right now is buoyed by hundreds of thousands of grassroots supporters who believe in her 3 am Agenda to address the issues keeping people up at night,” said Harris campaign manager Juan Rodriguez.

“As it has been from the beginning, this campaign is powered by the people. These resources will help expand Kamala’s growing strength in this primary and put her position to win the Democratic nomination,” Rodriguez said.

Following her commanding performance in the first debate, Harris will return to campaign in New Hampshire on July 14. At a house party in Gilford and a town hall in Somersworth, Harris will discuss her plans to deliver tangible solutions to the real challenges facing American families.

“The second debate is just around the corner and supporters across the country are signing up to host a debate night watch party. We’ll give you all the tools you need to make it a success. Join us,” she tweeted.

A day earlier, she announced her USD 100 billion plan to invest in minority home ownership to address the racial wealth gap. The plan would affect four million home buyers who either live on rent or in historically redlined communities’ area, amend the credit reporting process and hold lenders accountable for discriminatory practises.

“I will remove unfair barriers Black Americans face when they go to qualify for a home loan. I will strengthen anti-discrimination lending laws and implement stricter enforcement,” Harris said.

Harris said she will invest through the federal government USD 100 billion to put home ownership within the reach for those who live in redlined communities and it would help up to four million families with down payments and closing costs. (PTI)
**