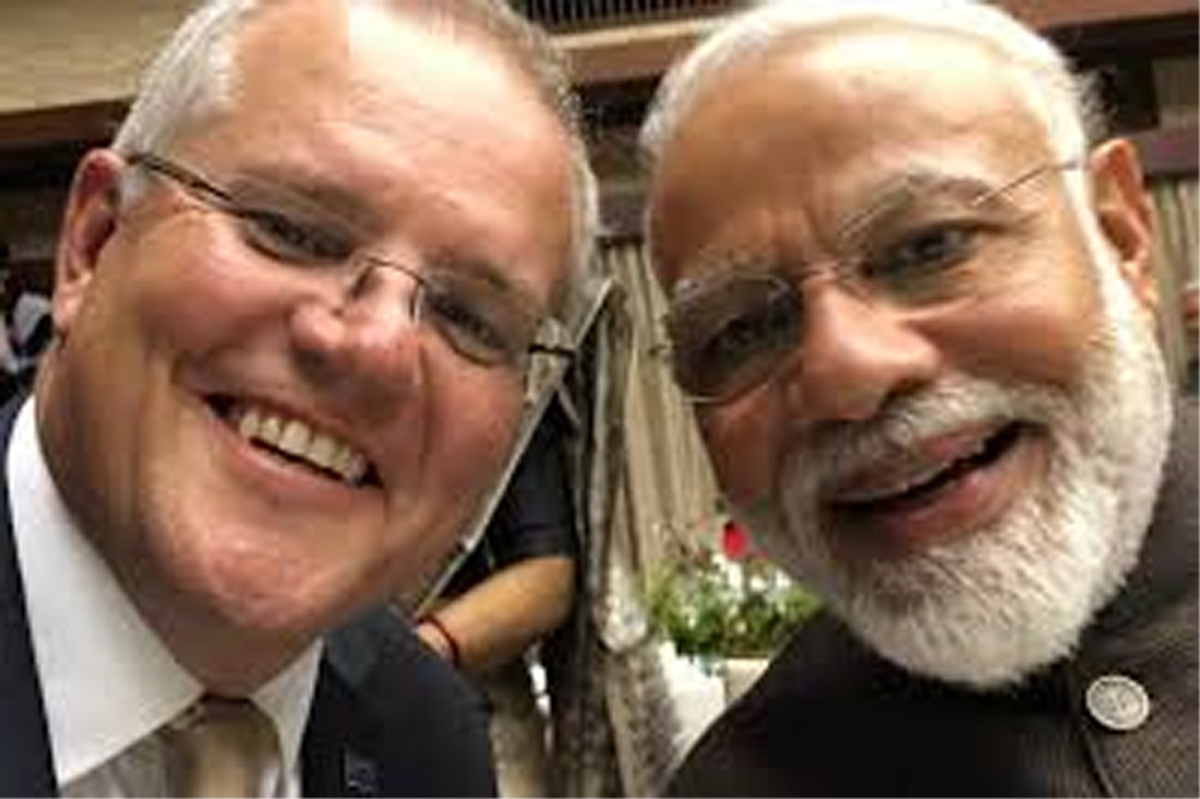 OSAKA, June 29: The bonhomie between Scott Morrison and Narendra Modi was on full display on Saturday when the Australian Prime Minister tweeted a selfie with his Indian counterpart and praised him in Hindi “Kithana acha he Modi!”, a message which went viral.

Modi replied to his tweet by saying he was “stoked” about the energy of the India-Australia relations.

“You have made the message go viral by writing Kithana acha he Modi!” the Indian Prime Minister said.

The two leaders are in Osaka, Japan for the G20 Summit.

The newly-elected Australian Prime Minister met his Indian counterpart in the morning and shared some light moments with him.

Morrison clicked a selfie with Modi and posted it on Twitter with a captain “Kithana acha he Modi!” (How good is Modi).

In his reply, Modi wrote on Twitter: “Mate, I’m stoked about the energy of our bilateral relationship!”

“Aap kitne achche hain, ye likh kar to aapne aisa viral message kar diya hai… (By writing how good is Modi, you have made the message go viral…) I am grateful to you for this,” Modi told the Australian Prime Minister.

Modi and Morrison met on the margins of the G20 Summit and held discussions on enhancing cooperation in sports, mining technology, defence and maritime cooperation and Indo-Pacific.

Last month, the two leaders congratulated each other on their respective election victories and pledged to work together.

The G20 (Group of Twenty) is an international leaders’ forum comprising 19 countries and the European Union. The 14th edition of the G20 Summit is being held here from June 28-29. (PTI)