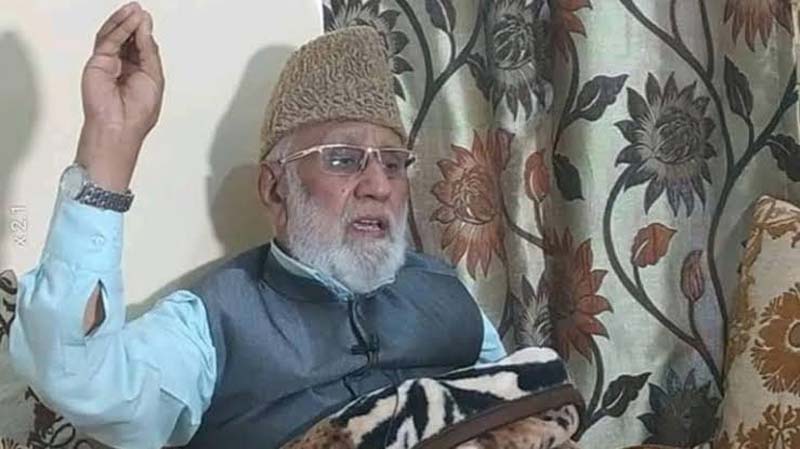 SRINAGAR, July 12: Senior separatist leader Mohammad Ashraf Sehrai, who was tipped to succeed Syed Ali Shah Geelani as chairman of the hardline faction of Hurriyat Conference, was today booked under the stringent Public Safety Act (PSA) three weeks ahead of the first anniversary of revocation of Jammu and Kashmir’s special status.
Along with Sehrai, chairman of Muslim League Farooq Ahmed Tawhidi was also slapped with PSA, officials said.
Sehrai, who is chairman of Tehreek-e-Hurriyat (TeH), was booked under the Public Safety Act, Director General of Police Dilbag Singh said.
Nearly a dozen Jamaat-e-Islami leaders were also taken into custody ahead of the first anniversary of revocation of Jammu and Kashmir’s special status under Article 370 of the Constitution and bifurcation of the erstwhile State into two Union Territories, the officials said.
Sehrai and Tawhidi will be taken out of the Kashmir valley and lodged in a prison in Jammu region, they said.
The PSA provides for detaining a person without trial for a period of one to two years, depending on the charges against the detenue.
Sehrai, after being taken to Saddar police station near his Baghat Barzulla residence, was taken to the police hospital at the police control room where he underwent a medical check up — a precursor to his formal booking under the PSA, they said.
The police action comes days after veteran separatist leader Syed Ali Shah Geelani announced his complete disassociation from Hurriyat Conference but pledged to continue his politics individually.
The separatist conglomerate was planning to hold a meeting in the coming days to elect a new chairman to fill the post vacated by Geelani.
Sehrai, a former Jamaat-e-Islami (JeI) leader, is the chairman of TeH, a constituent of Hurriyat Conference which was headed by Geelani till he resigned from the amalgam last month.
Seharai’s son, Junaid Sehrai, a divisional commander of Hizbul Mujahdeen, was killed in an encounter in Nawakadal area of the city in May this year.
The officials said several other JeI cadres are being picked up ahead of the first anniversary of the revocation of the special status of Jammu and Kashmir.
The Centre on August 5 last year abrogated Article 370 of the Constitution which gave Jammu and Kashmir special status and divided the erstwhile State into two union territories of Jammu and Kashmir, and Ladakh.
A similar crackdown on separatist and JeI leaders was launched by the police ahead of the Centre’s move last year. Most of the top separatist leaders are either under house arrest or in custody. (PTI)