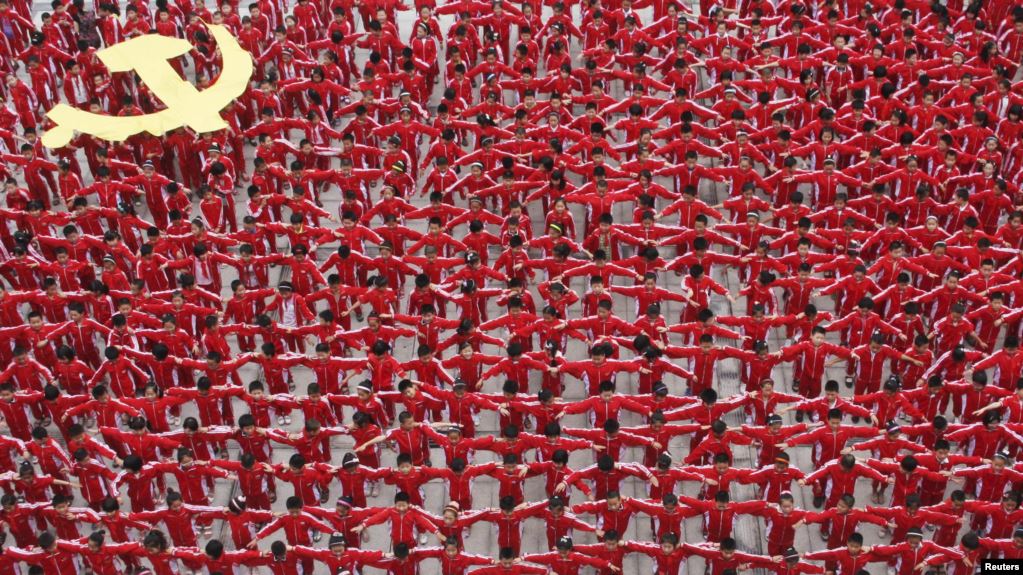 BEIJING, Sept 6: Beijing karaoke bars are closing, toy weapon sales are banned and every delivery package is being scanned: the capital is taking no chances weeks ahead of a massive military parade to mark Communist China’s 70th anniversary.

Beijing has been preparing for the big celebration well ahead of the October 1 event, with several large screens installed at Tiananmen Square, where tanks and other army hardware will be shown off.

Security was already tighter than usual to enter Beijing’s massive square as guards sifted through every bag in the long line of local tourists heading for a visit on Thursday. An AFP journalist was not allowed to go through.

Several kilometres away, the Workers Stadium has been closed off, with temporary high walls covered in fake grass surrounding the facility normally used by Chinese football team Beijing Guoan.

A security guard told AFP that the government “wants to use the stadium for the 70th anniversary preparations.” All businesses inside the stadium, including a gym and restaurants, have been told to close between September 5 and the October 1 national day.

“The government has notified us to close up,” said Joey Xu, manager of Puerta 20, a restaurant inside the stadium.

“Our staff will be offered paid vacation. But the government isn’t compensating businesses for their losses,” he said.

Other businesses near the stadium are also closing up from mid-September.

“Authorities fear that businesses around the stadium that operate late into the night, especially ones with loud patrons like ours, could cause disturbances,” said a manager at Mei Karaoke bar who only offered his last name, Zhang.

The parade comes as a trade war between Beijing and Washington threatens to drag down the global economy and follows three months of anti-government civil unrest in Hong Kong.

The parade is expected to showcase some of the most advanced weaponry of the Chinese army, in an attempt to drum up patriotic fervour.

Other plans for the anniversary celebration include an awards ceremony, fireworks, souvenir stamps and coins, an official documentary, and a musical.

Roads around Tiananmen Square and Changan Avenue, where soldiers will march, will be closed Saturday and Sunday for a rehearsal of the massive parade.

Beijing’s army of delivery staff — who carry hot meals and other packages across the city within minutes — have been told to reject parcels from anyone who cannot produce valid identity documents.

It forms part of a broader campaign to tighten postal security ahead of the 70th celebrations.

The State Post Bureau last month said all packages coming into Beijing will have to be X-rayed and individually stamped to prove they have been inspected.

Hobbyists who want to buy drones, toys with “countdown mechanisms” similar to ticking time-bombs or fake landmines that can be “detonated” with a remote-control device will also have to wait till after the October 1 event to place their orders.

Delivery of these items are “strictly prohibited” between September 15 and October 2, the postal bureau said in a statement.

And while Beijing has stepped up inspections of potentially troublesome items offline, China’s Twitter-like platform Weibo has also started deleting online content that “insults” national heroes or “distorts” the history of the nation or the Communist Party.

China’s biggest microblogging platform said Wednesday it has removed 14,299 posts and disabled 1,475 accounts that have “spread historical nihilism” — a party euphemism for narratives that challenge the official version of events.

Weibo, which had more than 486 million monthly active users as of June, said the “cleanup” would run until the end of September. (AGENCIES)