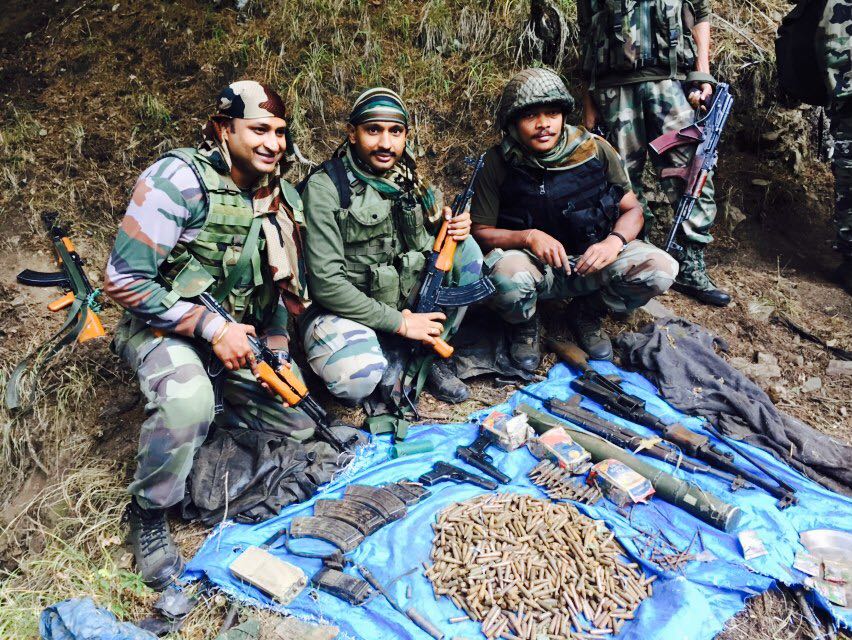 SRINAGAR: Security forces today busted a militant hideout and recovered a cache of arms and ammunition in the Kupwara district of Jammu and Kashmir.
Security forces launched a search operation and busted the hideout in the forest area of Kupwara, a police official said.
He said one AK-47 rifle, one LMG, two pistols, one rocket projectile gun, an IED, one wireless set and several dozen rounds of ammunition were recovered from the hideout.
Police has registered a case in this regard, the official said. (AGENCIES)