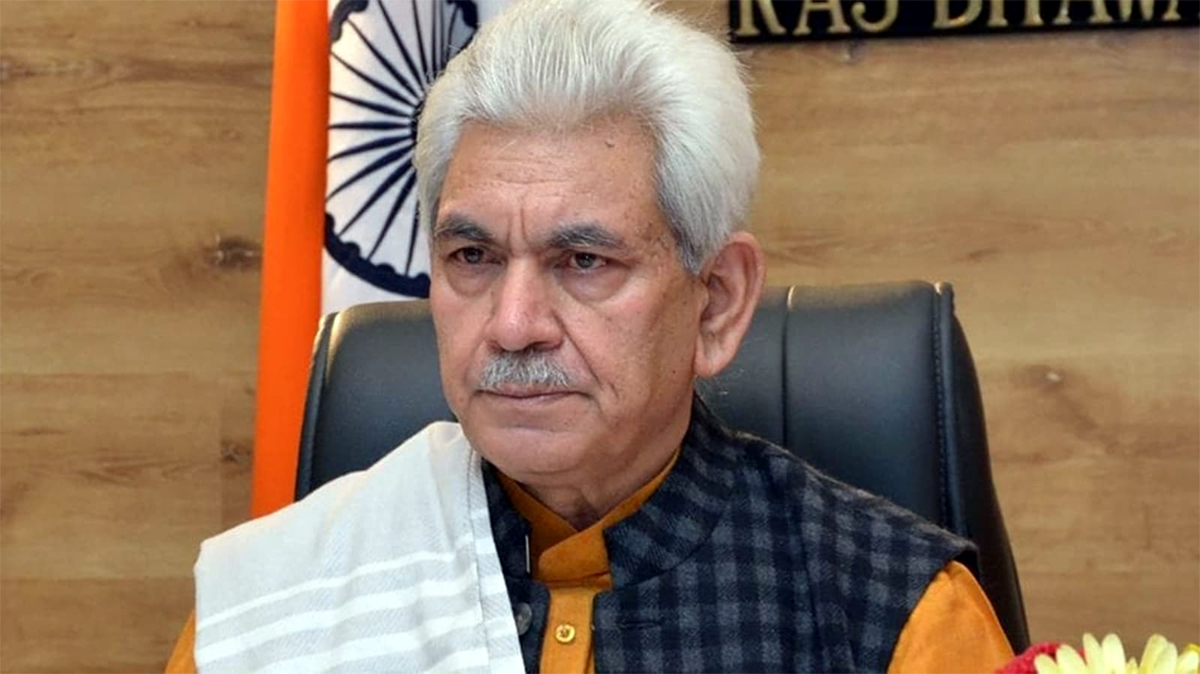 Fayaz Bukhari
Srinagar, Aug 5: Lieutenant Governor, Manoj Sinha today said that post-Aug 2019 there has been sea change in Jammu and Kashmir and Prime Minister Narendra Modi’s new J&K is becoming a reality.
This, he said, here in Srinagar while speaking to reporters on the sidelines of inauguration ceremony of Ujala Cygnus Kashmir Super Speciality hospital at Nowgam today.
Sinha said that there has been sea change in J&K post abrogation of Article 370 as common man feels it.
“There has been big change in Jammu and Kashmir in last three years. The common man feels it that there has been a big change in his life,” he said.
“Today traffic is normal, schools are open. There was a time when schools were closed and youth were pelting stones and now they carry smart phones,” he said.
The LG said that the confidence of people of the country has increased as was evident from the number of tourist arrivals in J&K this year.
“The biggest change has been that confidence in the people of the country that is why in last 7 months over 1.10 crore tourists visited J&K,” he said.
He said that the J&K is on the path of progress and development as lot many schemes are being successfully implemented. “I feel new J&K is becoming a reality under Prime Minister Narendra Modi’s leadership,” he added.
The LG said that in e-governance category, J&K stands at number one position among all the Union Territories, while it stands at number five, if compared with other States in the country.
He said that the system of e-governance in the country started much earlier. However, in J&K it was started on October 28, 2020 and despite that today J&K stands at number one position among all the UTs in the e-governance system.
“If it is compared with other States in the country, Jammu and Kashmir stands at number 5 position, and I can say that in coming years we will be at number one or two position among States as well,” he said.
He added that all the officers are working with dedication and around 2009 public services were brought online under the e-governance system.
The LG said that as far as he knows such facilities in the medical field are not available anywhere in the country having such a small population.
He added that Jammu and Kashmir is the only place which is providing free health insurance cover upto Rs 5 lakh to every citizen, be it poor or rich.