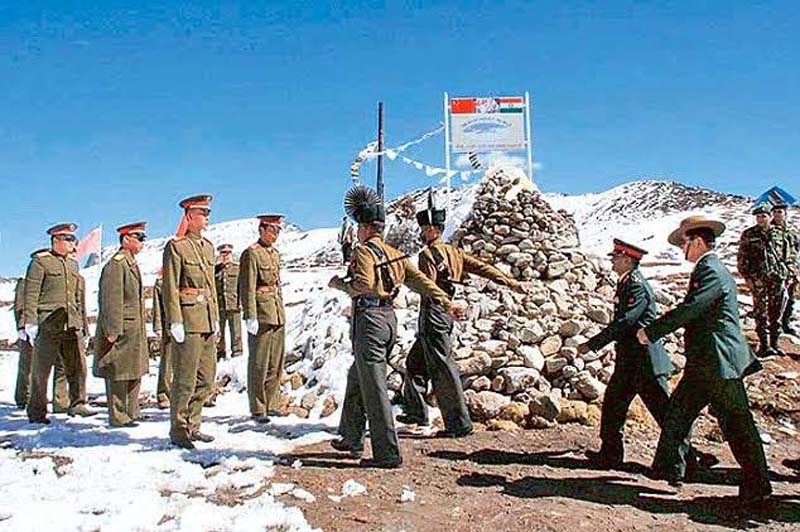 Excelsior Correspondent
JAMMU, Sept 12: A scuffle broke out between Indian and Chinese soldiers on the bank of the Pangong Tso lake in eastern Ladakh on Wednesday but the matter has been swiftly resolved through talks between the two militaries, Army sources said.
The incident took place after Indian soldiers patrolling the area did not heed to objections to their presence in the area by Chinese troops, the sources said today.
After the scuffle broke out in the morning, both sides called for reinforcement of troops and there was a standoff between the two sides till the evening, they said.
However, the face-off ended following a delegation-level talks between the two sides late in the evening, the military sources said.
The standoff took place ahead of Chinese President Xi Jinping’s scheduled visit to India next month to hold the second informal summit with Prime Minister Narendra Modi.
“Both sides disengaged fully after delegation-level talks yesterday. This occurs due to differing perceptions of LAC (Line of Actual Control). There are established mechanisms to resolve such occurrences,” said a source.
When asked about the incident, External Affairs Ministry spokesperson Raveesh Kumar said it was important to note that how quickly the matter was resolved.
“The matter stands resolved. I think what is important to note is that there are existing mechanisms between India and China to resolve such issues,” he said.
“It is also important to note how quickly the matter got resolved. It means that the mechanisms which exist between India and China are working very well,” Kumar added.
India and China share a nearly 4,000-km-long border, major parts of which are disputed. Both the countries are separated by the LAC in Ladakh region of Jammu and Kashmir.
In August 2017, Indian Army had foiled a Chinese incursion along the banks of Pangong Tso. A group of Chinese soldiers tried to enter the Indian side in two areas – Finger Four and Finger.
In the face-off, both sides had hurled stones at each other and a video of the incident went viral on social media.
The incident along the Pangong Tso Lake took place when troops of both sides were locked in the Doklam standoff.
Modi and Xi held the first informal summit in Wuhan in April last year in an effort to repair ties hit by the 73-day long Doklam standoff.
Militaries of the two sides regularly hold Border Personnel Meeting at five points — Daulat Beg Oldie in northern Ladakh, Kibithu in Arunachal Pradesh, Chusul in Ladakh, Bum-La near Tawang in Arunachal Pradesh and Nathu-La in Sikkim to resolve boundary related issues.