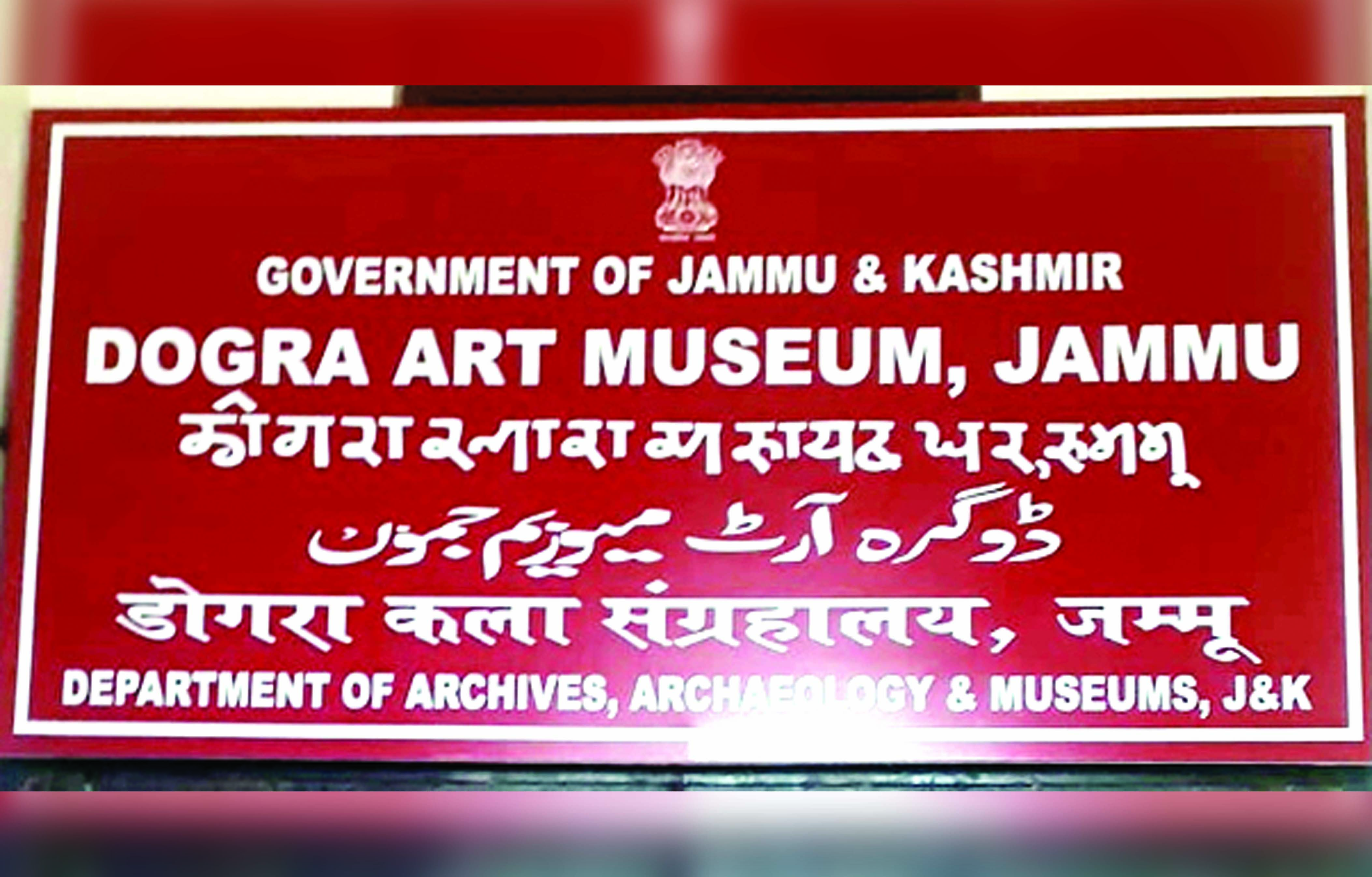 “The most massive characters are seared with scars.”
– Kahlil Gibran

After facing a long period of abandonment in its own state of dialect, the script- Namay Akhhar , is all set to rise again. The script has survived the longest of the nights ever, which lasted for about 7 decades approximately. And every night promises a new dawn, no matter how dark or cold it is. Finally, the night for the script is over now and the script is about to rise from the ashes again. Also, the official name of our mother script Namay Akhhar, as defined by Maharaja Ranbir Singh, is- Namay Dogra Akhhar.
If we compare the script to other Indian scripts, its alphabets/ characters resembles most closely to the Gurmukhi (Punjabi) script and a little bit of Devanagari (Hindi) too. Though Namay Dogra Akhhar does not make use of shirorekha to form words. A shirorekha is a horizontal line that is drawn over the characters to join them to form words while writing. This is the peculiarity of the script that besides being similar to the shirorekha scripts, it is itself written without shirorekha. Also, the script has a very unique way of writing half characters. If we look at its characters, they are very beautifully and artistically designed which makes it easier to write and remember. 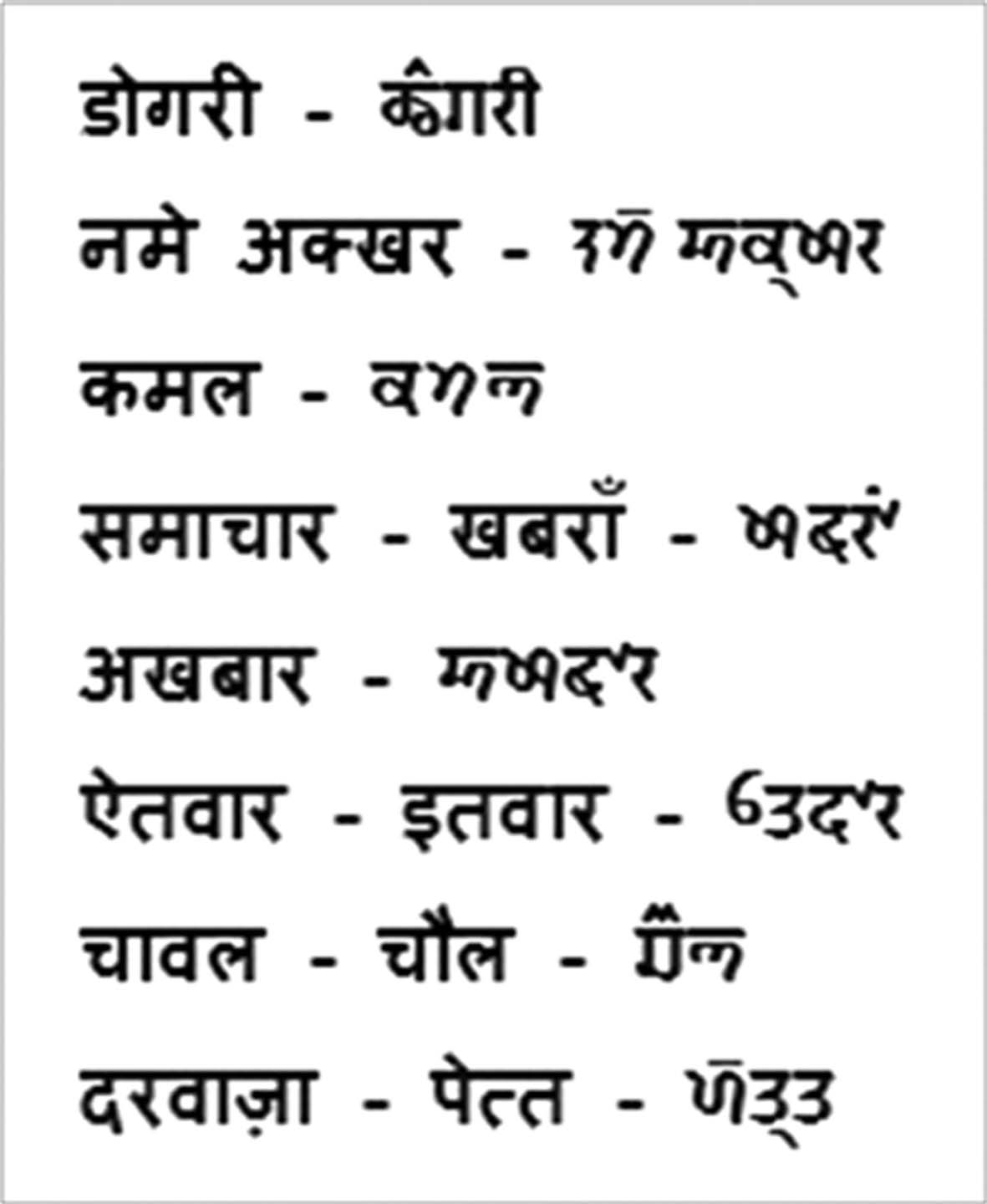 Amidst all the difficulties, the script’s revival work has begun all over the UT. Many organisations within the UT and even outside it have started working on it from past few years and they have taken a considerable step forward too.
One such organisation is Shri Mata Vaishno Devi University (SMVDU), located in Kakryal, Katra. Eminent Professors, along with research scholars of Computer Science Department, SMVDU are working on Namay Dogra Akhhar and its class of scripts- Takri too since 2017. Their work involves collecting script’s archives present all over the state, digitising them and also developing new methods which could be used for OCR scanning of the script like we have for other scripts of the world already.
The Computer Science and Dogri departments of the University of Jammu are also working for the script’s revival. Some manuscripts in Namay Dogra Akhhar’s handwritten form are preserved in the University for research purposes. There, students are taught about the characters of the script too in Dogri Department.
Presently, the script- Namay Dogra Akhhar, can be seen printed on the board of Dogra Art Museum, Mubarak Mandi, Jammu. This translation work in the script has been done by Dr. Sangeeta Sharma, Assistant Director, State Archival Repository Department, Jammu.
Some eminent Dogri writers of the state, who know about the script’s usage, are keenly working for its preservation and translation independently. They are collecting all sorts of Script’s archives in the form of stone carvings in temples, copper plates, royal coins and stamps used, present all over the UT.
Besides, a few more manuscripts printed during Maharaja Ranbir Singh’s rule are still saved in Raghunath Library/ Ranbir Sanskrit Research Institute, situated at the backside of Raghunath temple, Jammu. The assistant staff working there are keen for its digitisation so the cultural heritage of the J&K UT could be preserved.
However, the very first initiative for its revival was from outside the state by Anshuman Pandey, a data analyst from University of Michigan, in 2015. He is actively working for expanding support for all the world’s writing systems. He worked on bringing the Namay Dogra script’s characters on a global platform and standardised them internationally.
An organisation outside J&K, named Aksharaya has also supported our script’s revival work. They surveyed our state’s archives in 2019 and developed translation tool for translating dogri written in Devanagari to Namay Dogra Akhhar script. They also developed digital font for the visualisation of Dogri written in its own script, on our computers.
Lastly, a small initiative is being taken on social media platform- Instagram. A new page on Instagram with username- “@Instagram/lipi_dogri_di” has been created by the authors to spread literacy and awareness of the script among the new generation/ youth of the state.