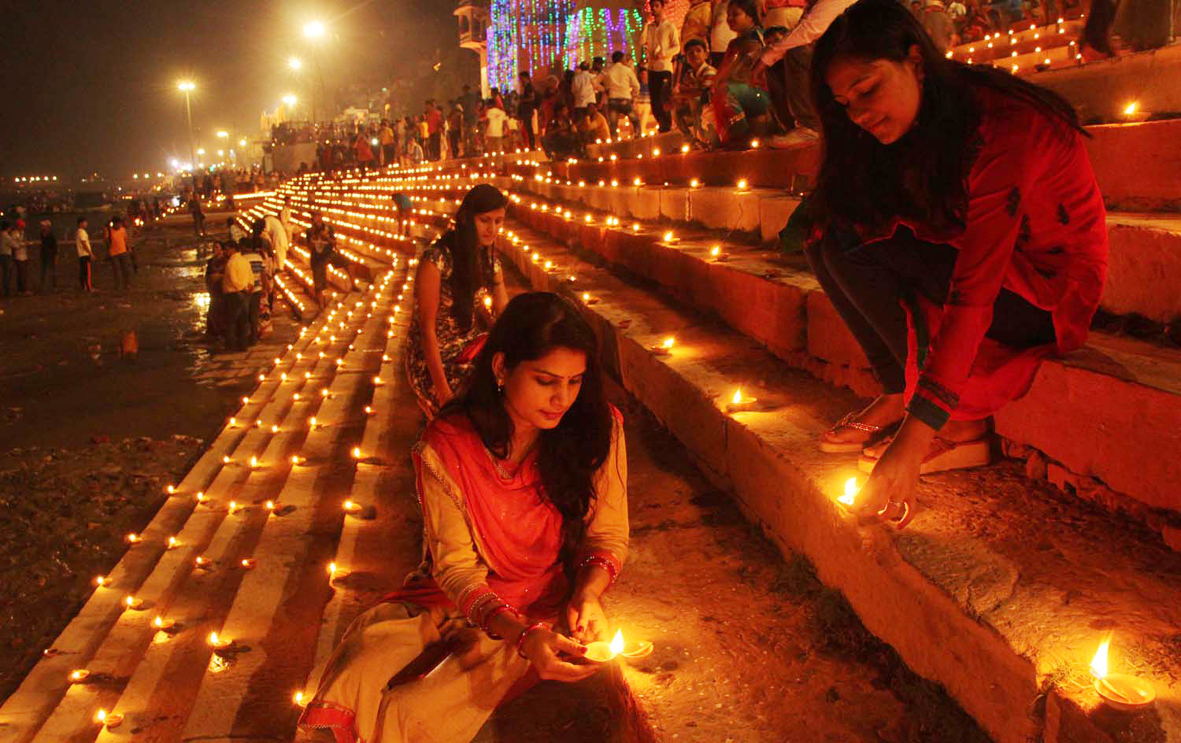 Arjun Singh Rathore
Every year, citizens of the world’s largest democracy celebrate several festivals such as Holi, Eid, Christmas, Baisakhi and others. One can witness India’s distinct heritage and customs in its rich and lively festivals. But the festival which is most popular and celebrated with huge pomp and show not only in India but across the world is Diwali. It is celebrated, regardless of religion or caste, bringing people together and forging strong bonds of brotherhood and humanism.
Diwali or Deepawali, the festival of lights, is celebrated starting with Dhanteras, followed by Narak Chaturdashi (Chhoti Diwali), Lakshmi Pujan (Badi Diwali), Govardhan Puja, and Bhai Dooj, the festival of lights is for five days in the month of Kartik. Deepawali derives from the Sanskrit words Deep (light) and Vali (row). It means lights in a row. Earthen gleams are a form to commemorate the celebration.
It was a brief about Diwali. But do we know why people celebrate Diwali, and what is the scientific reason behind the rituals of this festival? Well, we are aware of the ancient epic, Ramayana. According to Hindu mythology, Prabhu Shri Ramachandra, the seventh avatar of Lord Vishnu, is honoured this day. After a 14-years exile during which he fought and destroyed the demons and their ruler Ravana, Ram was able to return home on this day. It was all about what ancient books mention and what our ancestors have passed from generations. However, there are additional reasons why people enjoy Diwali all around the country and the world. Let us have a look at some of these reasons:
People often think of Diwali as a Hindu festival, but it is also celebrated by Sikhs and Jains. For many people, Diwali honours the goddess of wealth, Lakshmi. The lights and lamps are said to help Lakshmi find her way into peoples’ homes, bringing prosperity in the year to come!
Diwali, in western regions such as Gujarat and other northern states, marks the beginning of the New Year. In the region of Bengal, people worship the goddess Kali, the destroyer of evil forces, during Diwali. And in Nepal (a country bordering north-east India), people celebrate Lord Krishna’s victory over the wicked king Narakaasura. Another prevalent notion is that Diwali began as a harvest festival, commemorating the year’s final harvest before winter.
On Diwali, the legendary Hindu ruler Vikrama Aditya took hold of the throne. People portray him as a model king and recognize him for his charity, bravery, and support for intellectuals.
On the other hand, the festival of Diwali is observed in Jainism to honour Mahavira’s soul’s Nirvana, the twenty-fourth and last Jain Tirthankara of the current cosmic age. On the Chaturdashi of the Kartik month, Mahavira attained moksha (freedom).
But it’s not just about lights and legends, Diwali is a time to have fun with friends and family! People exchange gifts and sweets, enjoy delicious feasts, watch firework displays and wear new clothes. It’s a time to clean and decorate your home, too.
Our Indian historical documents have the same depth as they hold for religious backgrounds in science. Even Rig Veda, the most ancient holy text starts with Agni, the fire and concludes with the same. All of our human achievements may appear to be the result of a singular human intellect, yet they are only the by-products of our neurological reaction. Furthermore, using globalisation and the Internet as a catalyst, the world has revealed itself to be a tiny place for us to reflect on what it used to be. Understanding nature does not make a person religious or atheistic.
The habit of lighting fireworks during Deepawali does have a robust scientific rationale. Diwali brings in the season of winter. And all throughout the rainy days, many insects, particularly mosquito threat, posed by pools of water, find a home around us and make things difficult for people. The metamorphism of climate change, from precipitation to moisture and from cooling at night, exposes many types of viruses and illnesses. And also because of the perfect weather, which is driven by low and humid temperatures, begins to propagate the bacteria. These bacterial populations are killed by an ignited oil lamp and chemicals from the flame. When hundreds of diyas (candles) are let-up, the impact is magnified to burn away the insects around people and the bacteria in the air.
Another interesting thing to note is that the light of the Diya superposes over the magnetic field around our superficial electromagnetic flux. The phenomenon activates our blood cells and the immunity provided by them makes us feel so energetic and full of life. That is why during Diwali homes are cleaned and hundreds of lamps are lit to ensure the atmosphere around is all safe.
Diyas or candles not only signify illumination, but knowledge and wisdom, in particular at Diwali. Diyas, as a representation or sakshi for auspicious reasons, are part of Indian tradition as well as a light indication that removes obscurity. The philosophical reason is light symbolizes all wonderful things in the world. Darkness is synonymous with evil, dread and death.
While talking about the fireworks, have anyone among us ever taken a flight during the Diwali night in India? The skyline looks entirely different on that day with colorful parachutes, brilliant pyrotechnics and blazing crackers. And not only may the sky, but also from every roof of Diwali this display be viewed. But unfortunately, the entire hypothesis out above was valid hundreds of years ago, when there was no such term as the ‘global warming’ or ‘climate drift’. In this era of living, bounded by air, water and soil pollution, the effects of the flames have been undermined by the mutations brought in by the bacteria as a result of natural selection. But for the time being, forget all these and illuminate your surroundings with some warm lights and enjoy Diwali. Shubh Deepawali !!