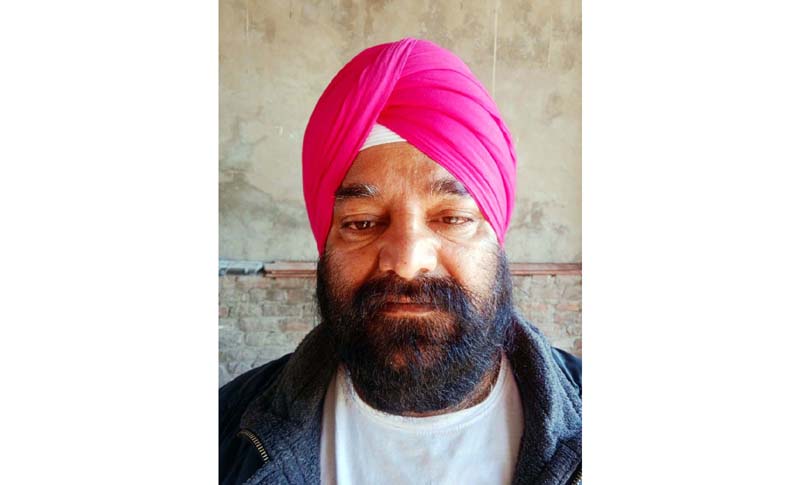 Many areas still get dirty water, no replacement of old pipes in Ward 31

Sanjeev K Sharma
JAMMU, Nov 23: High hopes pinned on the elected Urban Local Body of Jammu Municipal Corporation (JMC) were shattered as the two Nallahs—both 45 years old, in Ward number 31, which immediately needed a complete re-construction, fell victim to scarcity of funds and the ongoing notorious red tape culture prevailing in the offices of J&K government, resulting which these deep drains get flooded in rainy season every year forcing the gushing water to enter residential houses inflicting damages.
Informing more in this regard S. Sucha Singh, Ward number 31 Councillor, a first time elected public representative who won as an Independent but later on joined BJP said, one of these Nallahs comes from Pakka Ghrat to Puran Nagar and the other one flows from Baba Sehaj Nath Dev Sthan and falls into river Tawi but in between a stretch of it passes through the fenced premises of sewerage plant where the sewerage authorities did not allow JMC to clean it nor they clean it on their own due to which it gets blocked to such an extent that risk of flood looms large in rainy season.
In an exclusive interaction with the Excelsior, Singh said that he got a Nallah repaired from Puran Nagar to Bhawani Nagar along with a portion of the other from Agriculture Workshop to Baba Sehaj Nath Mandir and the people living there have now got relief from the floods as there is no deluge there for the last three years.
He informed that his Ward include areas of Garden Avenue, Hari Nagar, Rama Lane, NITCO Lane, UNO Lane, Vikas Lane, Friends Lane, Gole Pully, Sham Vihar, SGBT Nagar, Bhawani Nagar, Gole Colony, Puran Nagar and some part of Bhagwati Nagar.
Sucha Singh further said that hanging wires and damaged poles especially in Puran Nagar, Bhawani Nagar and Gole Colony areas of the Ward are still there posing a threat to human lives while up-gradation work of power transformer in these areas also could not be done due to funds paucity and this creates problems in summer months.
He said that water and power problems still prevail in most of the areas of the Ward and Gole Colony gets dirty water in supply by Jal Shakti Department.
“Replacement of water supply pipes in the Ward has not been done for decades together and there is also no hope for the same in near future as despite tendering none of the contractors comes forward due to tough conditions laid in tenders,” he claimed.
The Councillor said that he had demanded a tube well in the Ward but none bothered while another demand for an Over Head Tank at Cremation Ground tube well also met the same fate.
“Sewerage problem is also there in the Ward as sewerage pipes often gets blocked at many places due to which litter comes out from the manholes and spoils the roads and streets leaving problems for the passersby and locals,” he maintained adding: “The issue was brought to the notice of the top authorities of the Governor level but still the official red tape hit the success.”
Singh also said that stray dogs, cows and horses are commonly seen in his Ward but the dogs have created a panic there.
“These canines litter everywhere on one hand and panic the elders and children on the other,” he said.
The JMC Councillor also said that drug peddlers and addicts are very much active in the Ward and the police needs to act strictly in this direction so that the youth can be saved from falling prey to this wrong world.
“Due to shortage of funds construction and repair work of lanes and drains could not be completed but still it is 80 per cent done in my Ward,” he claimed adding that blacktopping work is 90 per cent complete in the Ward.
Sucha Singh informed that there is a small park in his Ward along the irrigation canal just opposite to the famous Tali Sahab Gurudwara, and it is a well developed park with seats, lights and tile work done there.
He said that there is no playground and no parking area in the Ward.
“My Ward has been provided with 24 Safai Karamcharis but being a big Ward there is a requirement of 40, so the cleanliness in the area is naturally affected,” he said.
Singh informed that fogging has been done in his Ward in routine and he has also purchased his own equipments and chemicals for fogging which he performs himself.
“Smart Meters have been installed in my Ward and people now have stopped resenting against these while a Cremation Ground in the Ward is now well developed on which JMC has spent Rs. 1.35 crore wherein sheds, park and other facilities were given and a hall there has also been furnished with tile work etc,” he said.
The Councillor said that autos moving from door-to-door to collect garbage are doing a good job in garbage disposal and due to this service no garbage dumps are seen in the Ward now.
“The Ward has a Community Hall at Baba Puran Nath Mandir where JMC has spent Rs. 10 lakh for development,” he further said adding that he helped 28 people in getting money from PMAY scheme to construct homes and 3500 persons to get domicile certificates.