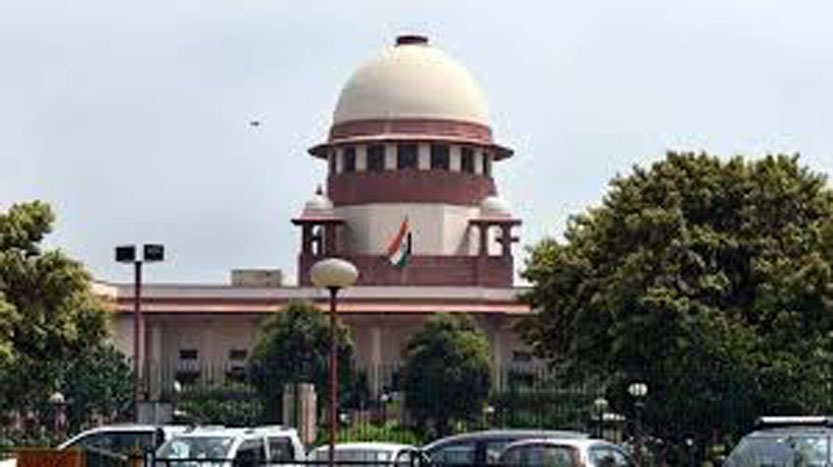 NEW DELHI, Mar 28: The Supreme Court Thursday said it would hear on April 8 a batch of pleas challenging the Centre’s decision to grant 10 per cent reservation in jobs and admission for candidates of economically weaker sections across all classes.
The matter came up for hearing before a bench of Justices S A Bobde and S A Nazeer.
Solicitor General Tushar Mehta, appearing for the Centre, sought adjournment saying he and Attorney General (AG) K K Venugopal were appearing in the matter Thursday before a constitution bench headed by Chief Justice Ranjan Gogoi.
“I am on my legs before the constitution bench. Please accommodate me,” he told the bench.
On the matter whether the batch of petitions on the reservation issue was needed to be referred to a constitution bench, Mehta said the AG has “to say something” on it.
Senior advocate Rajeev Dhavan, appearing for one of the petitioners, said the issue should be heard by a constitution bench.
The bench, after a brief hearing, said it would hear the matter on April 8.
On March 11, the apex court said it was not in favour of passing an order at this stage to refer the issue of 10 per cent quota for economically weaker sections across all classes to a constitution bench.
The court had said it will consider on March 28 whether the matter is required to be referred to a constitution bench.
The apex court had earlier refused to stay the Centre’s decision to grant 10 per cent quota in jobs and admissions to poor candidates in the general category.
However, the court had agreed to examine the validity of the law and issued a notice to the Centre on the pleas.
One of the petitioners has sought quashing of the Constitution (103 Amendment) Act, 2019, saying economic criterion cannot be the sole basis for reservation.
The petitioner has said the bill violates the basic feature of the Constitution as reservation on economic grounds cannot be limited to the general category and the overall 50 per cent ceiling limit cannot be breached.
The Centre has come out with the constitutional amendment bill giving quota benefits to the poor among general category candidates.
The Lok Sabha and the Rajya Sabha cleared the bill on January 8 and 9 respectively, and it has been signed by President Ram Nath Kovind.
The quota will be over and above the existing 50 per cent reservation to Scheduled Castes, Scheduled Tribes and Other Backward Classes. (PTI)